"Michel Foucault" by alltagskunst is licensed under CC BY-NC-SA 2.0

Comments on: Michel Foucault ‘What is Enlightenment?’ In Paul Rabinow (1984) The Foucault reader. New York: Pantheon.

I’ve always liked the paper What is enlightenment? as it illustrates how complex Foucault’s thinking on modernity was at the time. Here he connects the enlightenment to modernity and situates his own archaeology of knowledge and genealogy of power (taking this distinction at face value for the moment) within this connection…

deals with the question of contemporary reality alone. He is not seeking to understand the present on the basis of a totality or of a future achievement. He is looking for a difference. What difference does today introduce with respect to yesterday ?

Foucault views this style of questioning as a significant break with earlier or present philosophical traditions, and it is this break, it seems, that Foucault wishes to preserve. In the following quote (p. 38), Foucault outlines exactly what it is that he likes about Kant’s text:

The hypothesis I should like to propose is that this little text is located in a sense at the crossroads of critical reflection and reflection on history. It is a reflection by Kant on the contemporary status of his own enterprise … it seems to me that it is the first time that a philosopher has connected in this way, closely and from the outside, the significance of his work with respect to knowledge, a reflection on history and a particular analysis of the specific moment at which he is writing and because of which he is writing. It is in the reflection on ‘today’ as difference in history and as motive for a particular philosophical task that the novelty of this text appears to me to lie.

Cover of The Foucault Reader

Foucault was by no means a Kantian or neo-Kantian. His respect for Kant in this instance stems from the similarity of Kant’s approach to the enlightenment to his own theory and method. In particular, it is in the last two sentences of the above quote that we can see where Foucault is heading. It is both the awareness of ‘today’ as different to yesterday and as a starting point for a philosophical analysis that Foucault wishes to keep. The significance of this is found in his connection between the attitude of modernity and both of these traits in Kant’s analysis.

Foucault, rather than discussing modernity as an event or an historical epoch, views, or prefers to view it, as an attitude (p. 39). In the following quote (p. 39), he provides an outline of what he means by the ‘attitude of modernity’:

… by ‘attitude’ I mean a mode of relating to contemporary reality; a voluntary choice made by certain people; in the end, a way of thinking and feeling, a way, too of acting and behaving that at one and the same time marks a relation of belonging and presents itself as a task.

On page 40, he provides another definition of the attitude of modernity that connects and expands on the above:

modernity is the attitude that makes it possible to grasp the ‘heroic’ aspect of the present moment. Modernity is not a phenomenon of sensitivity to the fleeting present; it is the will to ‘heroize’ the present.

Criticism is no longer going to be practiced in the search for formal structures with universal value, but rather as a historical investigation into the events that have led us to constitute ourselves and to recognize ourselves as subjects of what we are doing, thinking, saying. In that sense, this criticism is not transcendental, and its goal is not that of making a metaphysics possible: it is genealogical in its design and archaeological in its method.

In this quote we see the connection. His method, the archaeology of knowledge, sets itself the task, if you like, of outlining the lack of freedom present in history. His theory, the genealogy of power, sets itself the task of outlining the possibilities of going past these limitations. Although this is a crude formulation (Foucault does it better himself on page 46), it does highlight the extent to which Foucault is connected to the attitude of modernity, its dual nature of being both an awareness of limitations and the possibilities of going beyond them. On this basis, one could even talk about Foucault as a modernist. 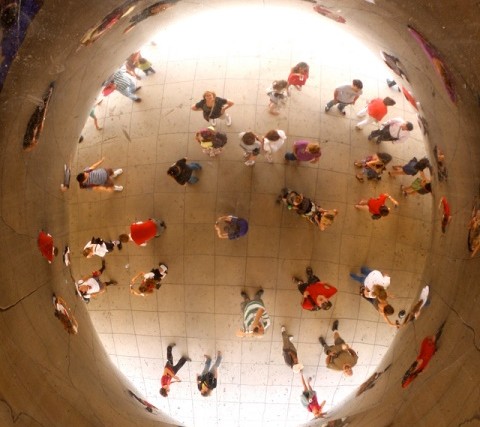