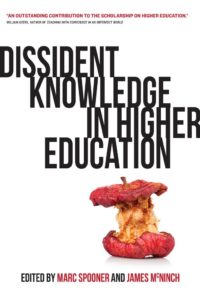 It is an exciting time of possibility as research approaches continue to be contested, disrupted, and broadened to include a wide variety of promising departures from orthodoxy. What has been labelled, in various instances, posthumanism, new materialism, the ontological turn, the affective turn, and/or post-qualitative research join ongoing developments in community-engaged, participatory, decolonizing, place-based, and Indigenous research approaches.

Yet, just as these enticing possibilities invite us to expand our research in ways unimagined just a decade ago, a parallel counterbalancing shift towards a ubiquitous neoliberal and accountability-focused culture – both in the academy and in society – imperils these promising developments. As audit culture and governmentality spread, they give rise to a new managerialism set on measuring us against rigid conceptions of research and impact, regardless of how inappropriate, unethical, or deleterious such constricting measures may be to ourselves and our communities.  Ultimately, at stake, is the very notion of what can be considered knowledge itself.

The book is the result of the symposium, “Public Engagement and the Politics of Evidence in an Age of Neoliberalism and Audit Culture,” held on July 23–25, 2015, at the University of Regina (http://www.politicsofevidence.ca/).  Guiding questions for the symposium interrogated the politics of evidence: What counts as scholarship and why? How do we measure research impact? Impact for whom? Who determines and how do we determine whose evidence and what research is legitimate? What can be done and how do we effect change to university practices? For three intense days in 2015, two hundred concerned and committed scholars—together with a field of internationally renowned presenters from Canada, New Zealand, the United Kingdom, and the United States— responded to a pressing call and convened at the University of Regina (https://www.uregina.ca) to discuss colonialism, neoliberalism, and audit culture in the academy.

The present collection is intended to serve as a tool for new and seasoned scholars alike who are seeking to navigate, critically resist, and collectively reclaim and reimagine the academy. You, the reader, are now an integral part of this gathering and will help shape the future as you engage with these and other texts and groups. The future is on all of us. Time to resist, organize, and act in concert with initiatives, collaborations, affinity groups, and movements within and well-beyond the academy at both local and global levels—it is incumbent on us to expose, provoke, and tear down these systems of illegitimate authority and power.

Even the harshest critics and most prominent scholars cannot easily escape our de-funded, highly individualized, hyper-competitive, and perversely incentivized moment. As Patti Lather in the collection asks: How does all this shape, reinvent, and construct life for faculty when the institutions in which “…we function serve as both harbor and tyrant.”

James McNinch is an emeritus professor and the former dean of the Faculty of Education at the University of Regina. He previously served as the director of the university’s Teaching and Learning Centre and prior to that was director of the Gabriel Dumont Institute, the post-secondary institution of the Métis peoples of Saskatchewan. His research has focused on gender and sexual diversity, racism and white privilege, and the social construction of masculinity. 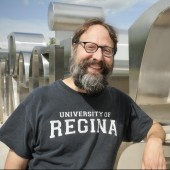 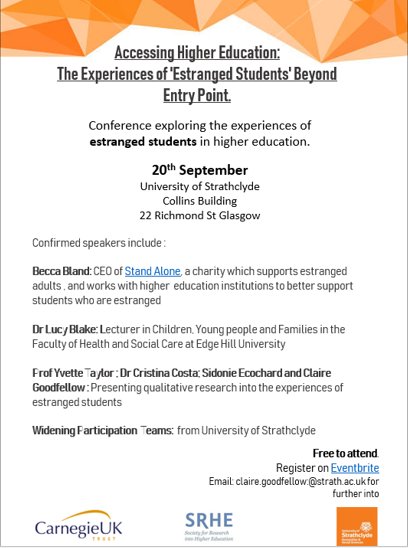 What is social theory? Interview with Douglas Porpora