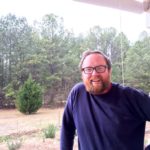 Hi I’m Ciaran and I am a co-editor of Social Theory Applied.  I am a lecturer in Sociology in the School of Applied Social and Policy Sciences at Ulster University.  My PhD examined the classed experience of graduate employment through combining Bourdieusian social theory and biographical research.

Since then, the majority of my research has used Bourdieusian social theory to look at social class and higher education/graduate employment focusing specifically at: 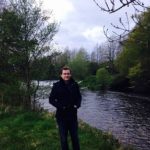 My name is Mark Murphy and I am the Creator and Co-Editor of Social Theory Applied. My day job is Reader in Education and Public Policy at the University of Glasgow. Previously I’ve worked as an academic at a number of institutions, including King’s College, London, University of Stirling, National University of Ireland, Maynooth, University College Dublin and Northern Illinois University. I am an active researcher in the fields of education and public policy.

Current areas of research interest include:

Much of the impetus behind the development of this site comes from some of my recent publications, including Habermas, critical theory and education (with Ted Fleming, Routledge, 2012), a 4 volume set called Social theory and education research (Sage, 2013) and an edited work called Social theory and education research: understanding Foucault, Habermas, Bourdieu and Derrida (Routledge, April 2013). While of course publications such as these are useful in their own right, there is something almost static and flat about their presentation, as if the ideas and debates included are set in stone and unchangeable. I hope that books like these are viewed instead as stepping stones to further discussion rather than end points. And as someone once said, ‘we have the technology’ now to facilitate such discussion … I can be contacted at:

You can find out more about me at my Glasgow University page. 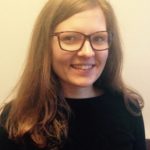 My name is Rille Raaper, and I’m an Assistant Professor in the School of Education at Durham University. I joined Durham in 2016 after completing my PhD at the University of Glasgow. Prior to my relatively recent ‘academic life’ I studied and worked in Estonia. In particular, I completed my degrees in Adult Education and also worked as an adult education specialist at the Estonian Agency of European Lifelong Learning Programme.

My current research interests include neoliberalisation of higher education policy and practice, and consumerist positioning of students. I often use a Foucauldian theorisation and critical discourse analysis to explore these themes. My most recent research project engages with students’ unions from England and traces their response to the consumerist higher education reform.

You can find out more about me at https://www.dur.ac.uk/education/staff/profile/?id=14790 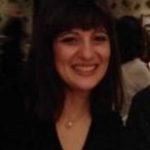 Hi I’m Cristina and I am the Co-editor of Social Theory Applied. I am Associate Professor in Digital Education and Society in the Department of Education and Childhood, University of the West of England. After completing a degree in Modern Languages and Literatures, I worked as an EFL teacher in the Portuguese Navy. During that period I developed an interest in digital learning and completed an MPhil in Educational Technologies at the University of Lisbon, Portugal.

In 2007 I moved to the UK to take up a post in the field of Learning and Research Technologies at the University of Salford. In 2013 I completed a part-time PhD on The participatory web in the context of academic research: landscapes of change and conflicts. In 2010 I was named Learning Technologist of the Year by the Association for Learning Technology (ALT).