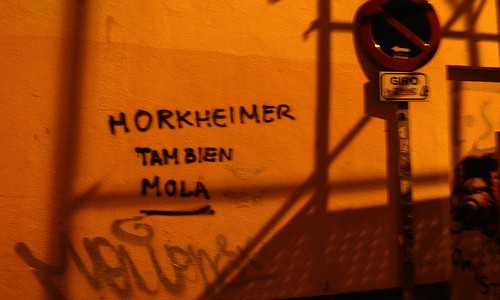 "Horkheimer also rocks" by Daquella manera is licensed under CC BY 2.0

I was asked this question recently, and it’s a good one. Rarely if ever do I ask this question of myself, probably because Max Horkheimer, Herbert Marcuse et al have occupied a central place in my intellectual development for as long as I can remember. The world of the Frankfurt School took a hold on me during my undergraduate years and really hasn’t let go since. With a disciplinary background in psychology, sociology and to a lesser extent philosophy and politics, the attraction to a group of thinkers tied to an institute aiming to develop interdisciplinary social research, now seems fairly obvious, especially given their desire to reconstruct Marxist theory in the face of an enduring form of capitalism in the West (the term ‘late’ capitalism is still debatable, but I wouldn’t be placing any bets just yet).

One of the strongest features of first generation critical theorists was their desire to understand the psychological aspects of oppression and exploitation – a theme that runs through works such as Theodor Adorno et al’s The authoritarian personality, Marcuse’s One dimensional man and Erich Fromm’s The fear of freedom. You don’t have to think too hard to realise why – the Frankfurt School was comprised of a collection of Jewish Marxist intellectuals who took refuge in the United States from a Nazi-dominated 1930s Germany (the term ‘Critical Theory’ itself being US-friendly code for their roots in Marxist political economy). This strong psycho-sociological undercurrent can also be witnessed in later incarnations of critical theory – most notably the work of Jürgen Habermas and Axel Honneth. Habermas was a student of Theodor Adorno, and the psycho-sociological aspect was especially strong in earlier work such as Knowledge and human interests, finding a different form later on in The theory of communicative action; Honneth, a former student of Habermas, has more recently sought to develop a comprehensive theory of intersubjective recognition which is undeniably interdisciplinary in nature. 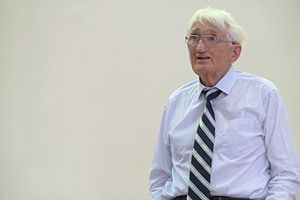 College Dublin, which focused on women’s personal development programmes in Dublin in the 1990s (my supervisor, Tom Inglis, was correct, I really should have published off it, ah well …). But Habermas wasn’t especially prominent in the thesis; in fact I’m pretty sure I came to Habermas via the theories around perspective transformation that had taken hold in the field of adult education (a field seen by many, including myself, as a force for progressive social change). His work sort of stayed in the background during my Masters, but became more prominent when undertaking my Doctoral studies at Northern Illinois University. Even then, he didn’t feature much in my dissertation (on EU education policy), but was evident elsewhere in the taught part of the programme.

So why such a focus on Habermas in my subsequent research and writing career? Especially in the application of his work to education? On reflection it is probably because he embodies so much of what attracted me to the Frankfurt School in the first place – the interdisciplinarity, the refusal to accept taken-for-granted theoretical paradigms, the desire to link the personal to the political, and an understanding that social research must, somewhere down the line, endeavour to have some form of social relevance and impact, rather than be undertaken purely for disciplinary or theoretical reasons. My continuing obsession with educational and public sector bureaucracy can be traced back to Dialectic of enlightenment (a key text for Habermas), and my strong interest in all things intersubjective (especially in theories of class reproduction in education), owes much of its origins to latter day critical theory.

In some ways, then, how I ended up with the critical theory ‘badge’ is understandable, even if it occurred via a circuitious route. But really, looking back, it could so easily have been Michel Foucault. Thematically the similarities are very strong (acknowledged by Foucault himself), but for one crucial difference: class. My interest in social class and education, and all the theoretical trappings that came with that interest, meant that Foucault’s genealogy and/or archaeology would never take centre stage in my own intellectual journey.

So political economy aside, I could now be tagged as a ‘Foucauldian’. I know, it’s all getting a bit ‘Sliding Doors’, so I’ll stop. It is St. Patrick’s day, after all… 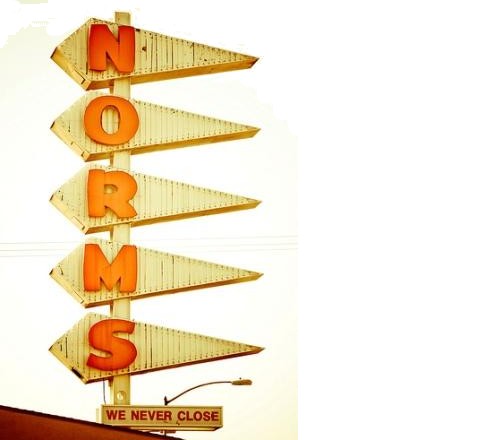 Where did culture fit in Parsons’ social theory?