"Shame" by Anthony Easton is licensed under CC BY 2.0
[Note: I write this in advance of the next #spschat on the social significance of guilt and shame hosted by the Social Psychology Section of the British Psychological Society – Tuesday 26th March at 8pm. Apologies to non-Twitter users … ]

A welcome tendency in recent research on social class is the significance placed on the affective domain – as Gail Hebson states, ‘[f]eelings of guilt, fear and shame are now on the class agenda’. Authors such as Stephanie Lawler, Diane Reay, and Beverley Skeggs, as well as others have pointed to the existence of affective ambivalence among those working and studying in classed positions, which strongly echoes the work of Sennett and Cobb and their identification of the hidden injuries of class. Much of this research gets tagged with the term ‘psychosocial studies’ which is as good a byline as any to summarise the efforts made to connect the affective and social domains.

I have a lot of time for this turn, believing that the affective domain provides much fertile ground for understanding the ways in which structural effects are mediated in ‘felt’ experience. In fact, anything that seeks to bring emotional life to the fore in social science research is always onto a winner in my book. That said, psychosocial studies as the movement’s trojan horse has its deficiencies. For a start, there is a tendency to see emotions as isolated experiences, rather than the manifestations of an extensive relational world that gives meaning to these experiences. For all its virtues, the (re)turn to psychoanalysis as a complement to social class, tends to exacerbate rather than relieve this problem. Psychosocial studies offers research on class access to a subjective dimension without which analyses of the affective domain lack register. At the same time, however mediated, these subjects feel shame, pride, etc, over their class position and subordination in isolation from other people and separately from the interpersonal context within which they live.

A similar problem can be found with the ever present danger of sociological reductionism. Here, ‘feelings such as shame, humiliation and pride (i.e., national honour) tend to be reduced to sociological factors rather than analysed in their own right as relatively autonomous from the social’ (Carolyn Vogler). The likes of Skeggs et al are at pains to emphasise how emotions such as shame and pride are at the centre of classed identities, going so far as to argue for them as classed processes. However, if emotions such as shame are the effects of class positioning (or other forms of power differential, such as race and gender), then it is difficult to understand shame outside of these contexts – i.e., there is a denial of the potential for shame as existing prior to class divisions/cultural positioning. As Andrew Sayer has put it,

feelings associated with class such as envy, resentment, compassion, contempt, shame, pride, deference and condescension are evaluative responses to particular properties of class inequalities and relations. They are influenced but not predetermined by position within the social field.

And therein lies the rub: If it is accepted that the capacity for shame, for example, exists outside the dimensions of class, then the specific dimensions of shame should be accounted for. Like many emotions, much of the evidence strongly indicates that shame is a relational process – i.e., it exists in relation to others. If class is not the only context for emotions such as shame, it must then be acknowledged that such emotions are relational in more ways than one – i.e., they are interpersonal as well as tied to social positions, such as social class. A similar point is made by Sayer who, following Adam Smith, argues that in relation to the human need for recognition, ‘a purely one-sided explanation of this need that invokes just social relations or culture or discourse is itself radically incomplete’.

The question then becomes: how best to explain this other ‘side’ to shame? How do we more fully engage with the affective domain in relation to social class? Most importantly in the context of this website, how best to examine the manifestations of this relationship in the classroom? 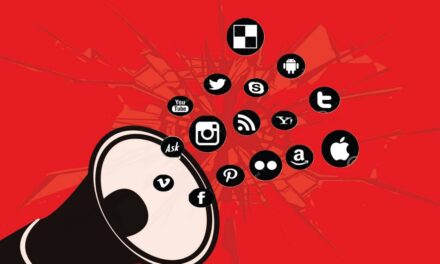