The most serious criticism faced by Axel Honneth and his attempt to develop a critical theory of recognition, relates to the place of power relations vis-à-vis the relational world. In her book Against Recognition, Lois McNay argues that Honneth’s relational view of self-formation and social conflict negates more structural understandings of power. While not against notions of recognition per se, she sees Bourdieu as offering a more effective sociology of power relations, compared to Honneth’s reconstructed critical theory. Habitus, for her, is similar to the ‘dialogical’ conception in recognition theory but is located more securely within a sociological account of power. According to her, power in Bourdieu’s work is embroiled and active in the process of subject formation, whereas in recognition theory, it is always secondary to this process. In other words, the conceptualisation of subject formation cannot be defined apart from relations of power. A key power relation at the heart of subject formation is social class, and McNay argues that a focus on embodiment corrects the displacement of class issues resulting from recognition theory’s inadequate concept of power.

This is a compelling argument to make, and identifies a potential weakness in Honneth’s apparent neglect of the micro-politics of power. McNay rightly cautions against approaches to social relations and self-formation that plead immunity from gender or class forces (although whether or not this is Honneth’s intention is unclear). Seemingly even more damaging to the cause of intersubjective recognition is her argument that Bourdieu’s conceptual apparatus can, in fact, account for affective ambivalence among classed and gendered selves without recourse to a Honneth-like intersubjectivity. Specifically, she makes the argument that high levels of working-class ambivalence identified in the research literature reflect ‘emotions in relation to social location rather than intra-psychic dynamics’ (my emphasis).

Although this line of argumentation dovetails nicely with the core concern of Dirty Looks, it does to some extent bring it back to square one, i.e, a reliance on habitus as a home for affective ambivalence, whilst explicitly marginalising the power of relationships. It is, therefore, useful to examine the evidence McNay identifies to support her argument that one form of relation is crucial to understanding class processes to the exclusion of the other. This evidence includes her portrayal of Beverly Skegg’s work on class and gender, in which McNay explores the quest for ‘respectability’ among working-class women via external signifiers such as clothes, bodies and homes. As a way of supporting her core argument, she highlights their ambivalence towards their own class position, ambivalence they lived ‘as the “hidden injuries” of shame, awkwardness and the sense of being judged by others’. She goes on to suggest that these women invest so much in their external appearances ‘because their prospects of achieving respect through educational achievement, occupational success or any other conventional indices of social prestige are so minimal’.

McNay applies a similar ‘relational’ analysis to Walkerdine et al’s psychosocial explorations of gender and class. According to McNay, their descriptions of working-class girls provide strong illustrations of social location as a source and limiter of affective ambivalence, particularly in the greater acceptance of sexual identities on the part of working-class girls as opposed to their middle-class counterparts. According to McNay, their acceptance of these sexual identities was a ‘psychic defence’ against the mixed messages posed by forms of academic attainment: ‘This ambivalence towards achievement, that it is something to be desired but also feared, was mediated through the working-class girls’ seemingly carefree attitude to becoming pregnant’ Again, social location as opposed to the intra-psychic is the preferred explanatory apparatus, concluding that the interpersonal world of recognition and respect is at best a less significant explanation/generator of ambivalence, at worst an irrelevance in the face of a mediating and structuring habitus.

Although McNay’s well-argued conclusions contain a measure of plausibility, and chime with a great deal of previous research, they arguably also reflect an unwillingness, as with Bourdieu, to take seriously the emotional strength of communal and familial ties. It does not take much to see in the research she cites, a strong need for acknowledgement, recognition and respect from peers, families and communities – evidence of a strong intersubjective affective domain that could feasibly operate as a mediator of Bourdieu’s embodied habitus. While theorists such as McNay are (rightly) at pains to place agents in their appropriate class and gendered contexts, it appears almost contrary to then ignore the ‘real’ ‘relational’ everyday environments within which people live their lives. Saturated as they may be with class and gendered power relations, these ‘other’ unavoidable contexts provide their own socialising processes, processes that cannot simply be reduced to class and gender.

Can the web save democracy? 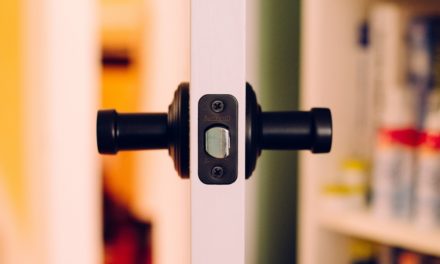