"The Invisible man" by palomaleca is licensed under CC BY-NC 2.0

For all the trouble it brings, the omnipresent watchful gaze of the relational world does have its benefits. You get noticed, for one thing. This is a significant benefit of an intersubjective existence – no-one dislikes anything more than to remain invisible in a social world dependent on attention, acknowledgement and recognition. To be noticed by others by whom one desires notice is as human a need as food and shelter, and its absence can be a reason for stress and anxiety. Even the experience of someone ‘looking right through you’ at social events (like you’re not even there) leaves people disoriented, hurt and disrespected, a painful experience that cuts right to the bone. For what’s worse than a dirty look than no look at all?

The desire for attention, in one way or another, affects everyone to some degree, not just the procession of celebrities whose fame, glamour and attention seeking grab the headlines and the public imagination (some of it). But people are right to assume that celebrities protest too much at their visibility when they clearly find it difficult to live without it. The endless morality tales about the rich and famous suggest that the need to be noticed, to be seen, is at best a double-edged sword, giving in one hand while taking away in the other.

Sadly, a lack of wealth, fame and glamour is no guarantee of invisibility either, the double-edged nature of the relational world affecting everybody to a greater or lesser extent. To be visible is a prerequisite for acknowledgement, and to be acknowledged is to be valued. To be valued is what one really wants – to be valued, however, by other people. And therein lies the rub. The people whose acknowledgement one so craves and desires, can of course, change their minds. On a whim, the source of value can be taken away, the cloak of invisibility once again returning to do its damage.

The gaze of others is inescapable – there is no hiding place. But while people sometimes say they want to escape the gaze, deep down, they don’t really mean it.

The question of invisibility has been the subject of some significant literary works over the years. H. G. Wells’ short novel The Invisible Man was originally published in 1897, and was subsequently made into a horror movie in 1933, a film that stayed faithful to Wells’ original story.

The 1970’s Invisible Man series (with David McCallum), which portrayed the protagonist as a troubled but sympathetic character, was a far cry from Wells’ novel – a story of a scientist called Griffin who, after experimenting with optics, made himself invisible. This cloak of invisibility resulted in gargantuan levels of anger, bitterness and resentment, anger at the betrayal of his assistant, bitterness and resentment at the world in general, a world upon which he threatened to unleash a reign of terror.

For Griffin, respite from the unending judgement of others turned out to be a route to isolation, resentment and loneliness, a regression to the world of the child (see Absence as a presence that attacks), a child unable to hold the gaze of the mother, resulting in a world of confusion, fear and anxiety. In the great tradition of Horror movies, it turned out that invisibility for Griffin was not the promised land, in fact nothing like it, instead landing Griffin in a version of hell with no-one to notice the hell he was in.

As Griffin discovered, it is never good enough just to be able to see (no matter how detached) – one must also be seen; one’s action must be witnessed. Without an audience of some kind, actions are rendered meaningless, lacking context for their significance (no wonder workplaces are a battleground for visibility).

The problematic nature of the cloak of invisibility is also at the core of Ralph Ellison’s famous 1952 novel, also called The Invisible Man, and also a tale of anger and rage, but this time in the context of the African American experience in the Southern states of the 1940s.

Rendered socially invisible by race, the act of witness was cruelly denied to Ellison’s unnamed narrator, a man looking back on his life and the ways in which he was ignored – ignored by the white man on the street, and ignored by the Communist Party, a party that saw in black America the unsullied purity of unreified man, a belief system that inevitably threw the cloak of invisibility over the very group they purported to represent. From ‘Battle Royal’ to the status of ‘heroes’, the struggle for representation, witness and notification turned out to be a long and arduous one, a core battleground for the Black civil rights movement and arguably still contested to this day.

Regardless of historical context, form, and purpose, the novels of Wells and Ellison share a common theme, a theme that comes in the shape of a question: how do you make people look at you when they can’t even see you? How do you make them take notice in the first place?

Invisibility and the academy

The nature of this social invisibility, a topic often ignored in intellectual circles, is starting to achieve some level of visibility for itself in the halls of academe. Much of this is a result of Axel Honneth’s work, an influence to the fore in a special edition of Distinktion: the Scandinavian Journal of Social Theory entitled ‘Recognition, social invisibility and disrespect’ [Vol. 13, No. 1, April 2012] . Alongside Honneth, many of the articles have a strong Hegelian bent to them – unsurprising, given his influence on Honneth (see There is no other). These influences are brought to bear on a range of empirical fields, such as the sociology of work, education and pedagogy, critical weight studies and political science (alongside interviews with Honneth and Judith Butler). The application of theory to ‘practical’ concerns about the experience of invisibility is one of the reasons why the special edition is such a success.

Cover of Doctor Glas: A Novel

In their introduction to the special edition, the editors frame the discussion via a quote from Doctor Glas, the famous Swedish novel from 1905 written by Hjalmar Sӧderberg, a novel in which the main character states that

The editors see in Sӧderberg’s work an early echo of current concerns over recognition and respect, using the above sentiment to start building a case for social invisibility as a phenomenon to be taken seriously:

This is the horror of being socially invisible. If you can’t love me, then at least detest and despise me! To make people disappear by refusing to take notice of them, by demonstratively seeing through them, is a form of disrespect to be distinguished from outright disrespect in the form of being the object of stigmatizing and devaluating attitudes, gestures, or actions. (Mikael Carleheden, Carl-Göran Heidegren & Rasmus Willig, editors)

Sӧderberg joins with H.G. Wells and Ralph Ellison in using the novel form to reflect on what it means to see and be seen. The papers in the special edition use research to achieve pretty much the same outcome. Regardless of form, writing on invisibility carries an emotional punch, an emotional reaction that speaks volumes for its significance in everyday lives. And as academia catches up with this significance, fictional accounts of the invisible man may soon find in academic research some real subjects to compare themselves with. 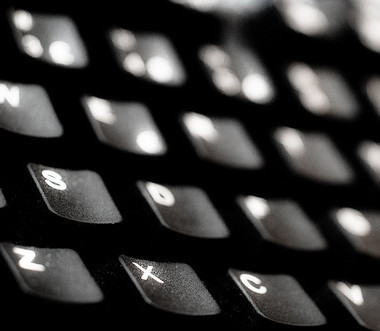