Dyslexia is a learning difficulty which affects reading, writing, spelling and memory skills and occurs across the full range of intellectual abilities (Rose, 2009). In the UK it is classed as a Specific Learning Difficulty (SpLD) and it is estimated that 10% of the British population have dyslexia (Malpas, 2012). As part of my EdD thesis at Durham University, I am investigating how the dyslexic subject is socially constructed within UK newspapers, both online a 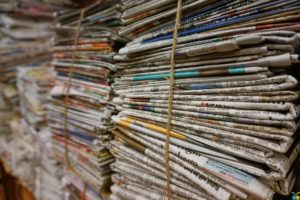 nd in print. I am particularly interested in the ways in which the dyslexic subject is constructed within specialist media, aimed at teaching professionals, and mainstream media aimed at the general public. This blog post aims to explain how the work of French philosopher Michel Foucault and his theory on subjectification will be applied to the final thesis. It will briefly explain how the media can be viewed as a technology of power and illustrate how the dyslexic subject has been constructed using examples from newspaper articles published in 2017. These examples will demonstrate some of the language and terms used to describe the dyslexic subject. That is, in Foucault’s terms, dyslexic discourse. Foucauldian discourse emphasises social processes which produce meaning. He argues that ‘discourses are composed of signs, but what they do is more than use these signs to designate things. It is this move that renders them irreducible to the language and to speech. It is this ‘move’ that we must reveal and describe’ (Foucault, 1972, p. 49). Indeed, this research aims to ‘reveal and describe’ the many different discourses used to construct the dyslexic identity within the media since it is discourse which produces subjects.

In Foucault’s theorisation, the meaning of subjectivity is two-fold. In his earlier work Birth of the clinic (Foucault, 1975a) and Discipline and punish (Foucault, 1975b) he refers to how subjects are created and subjected to discourse (Foucault, 1982, p. 208). In his later work on sexuality, he refers to how individuals become subjects through the use of discourse (Foucault, 1978, 1985, 1986). My thesis, and thus this blog post, focuses on Foucault’s earlier, more dominant meaning of subjectivity. My research focuses on how a person with dyslexia becomes a ‘subject’ within the media’s discursive practice and will use the following definition of subjectivity: the process whereby the category of the human is constituted, recognised and applied to forms of life via the workings of power. These terms stand opposed to the common-sense notion of the individual as agent (Danaher, Schirato, & Webb, 2012, p. xxvii). For this study, the media can be regarded as a technology of power as it shapes knowledge, creates subjects and claims truth (Danaher et al., 2012).

For this blog post, newspaper articles from 2017 about dyslexia were compiled together and added into an online corpus using Sketch Engine (Kilgarriff, 2018). This data highlighted that the discourse used to describe the dyslexic subject was predominately negative and mainly focused on the difficulties with literacy-based tasks, particularly reading, that the dyslexic subject encounters. Words such as ‘struggle’, ‘suffered’, ‘disorder’ and ‘condition’ which all have negative connotations were among the top words used alongside ‘dyslexia’ within this corpus. Furthermore, the degrees of dyslexia were also in the top keywords associated with dyslexia. Interestingly, dyslexia being described as ‘severe’ was twice as common as it being described as ‘mild’, with ‘moderate dyslexia’ not appearing at all. The modifier ‘profound’ is also among the top keywords appearing with dyslexia in this corpus. This indicates that the dyslexic subject is being described in the media using the extremes of the learning difficulty, whilst not discussing the dyslexic subject who has moderate dyslexia at all. The high use of the modifiers ‘severe’ and ‘profound’ could be attributed to the large number of newspaper articles about the dyslexic subject who ‘overcame’ dyslexia. Indeed, ‘overcome’ was the most frequent verb used with dyslexia in this 2017 corpus. One example comes from The Daily Telegraph who published a feature piece about Mark Wilkinson, a kitchen designer, after his death in 2017. They wrote:

‘Although he later became a member of Mensa, as a child he suffered from severe dyslexia and left school aged 14 unable to read or write’ (The Daily Telegraph, 2017).

Another example from the Daily Telegraph which appeared in the business section of the newspaper is about Guy Hands who is owns one of the largest equity firms in Europe who, according to the article, is planning to write an autobiography.

‘It should be a gripping read.

There will be the stories of how he overcame profound dyslexia to builda swashbuckling private equity empire’ (Williams, 2017)

Foucault, M. (1975b). Discipline and Punish. The birth of the prison. London: Penguin Group. 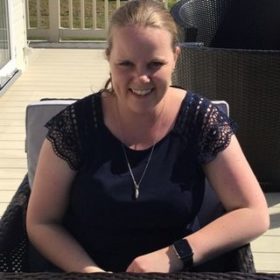 My name is Caroline Simblett, and I am a full-time doctorate student at Durham University and I am in my third year of an EdD. I previously completed my MA in Linguistics at Newcastle University and my PCGE at Northumbria University. Prior to being a full-time student, I taught literacy to adults with Specific Learning Difficulties, particularly dyslexia. I have also worked with children with dyslexia in a primary school setting completing assessments and developing intervention programmes.My current research interests include dyslexia and other Special Educational Needs, literacy and Corpus Linguistics. I am applying Foucault to my research in education, employing a corpus assisted critical discourse analysis methodology.You can follow me on twitter: @Caroline_EdD