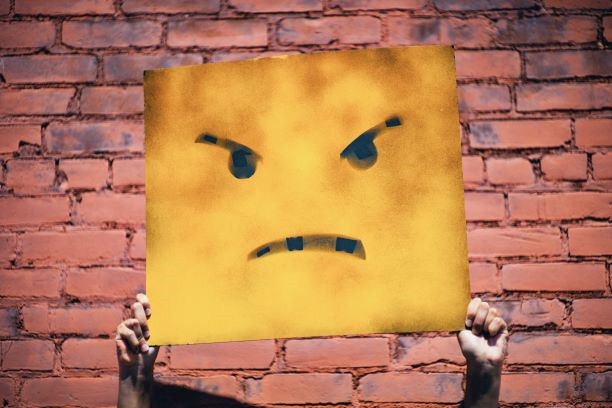 Due to a trace of suspicion produced by theorists like Marx, Freud and Nietzsche, in addition to a flood of deconstruction, existentialism, and so many other approaches, we believe that language has nothing solid, much less a theory of correspondence, making the signifier an empty vessel hovering within any differential flow, in a semiotic approach, or, at most, being just a practical, fragile and provisional instrument, as in pragmatic theories. We learn, therefore, that language and world are not the same, or, as Foucault would say, we learn that WORDS and THINGS have lost a substantive and concrete link, mainly because each reality has its own arrangement of signifiers, its own semiotic system. It seems wonderful this world that I just described, this space of contingencies, choices, possibilities, i.e, a field with multiple openings and an arena in which different people can live in peace, no matter their religions, parties, genders, etc. Of course, this field of possibilities is incredible, and must be defended at any price, but they forgot to mention the most important detail: The costs. The costs of entering this contingency space, the costs of accepting a deflated (less pretentious) language, as the pragmatists of the linguistic turn said before. Furthermore, they forgot that many people out there, who right now watch their TV programs in the comfort of their homes, or prepare their meals in their kitchens, find this atmosphere very suffocating, with very high costs, as well as intolerable risks.

In this universe of a liberal democracy, in a horizon of diversity, intolerance is presented as a problem of character, a deviation produced by cruel people, in an ethical sense, or, perhaps, by ignorant people, in an epistemological sense. But what if intolerance is not a problem of character (ethical), let alone knowledge (epistemological), but of body (aesthetic)? If language is used in its ancestral (tautological) and classic sense, that is, as a spontaneous extension of the world outside, that same language will be taken very seriously— not simply a semiotic vessel, but an ontological trait, i.e, a spontaneous and non-reflective experience with the world around. In this model, language and world are mixed together in a very intense and undifferentiated way. Therefore, questioning someone’s language would not be just questioning a simple interpretation of the world, a provisional arrangement of signifiers, but rather the world itself, the universe itself that is organized around the individual.

In the religious field, fundamentalists, in general, are seen as intolerant by the liberal left, as if they did not see the obvious, as if they did not observe the fact that the world is contingent and each one has his unique way of dealing with reality. But to start from the idea that intolerance is an aesthetic trait, involving the body and its perception, it is then also possible to speak of it as a SYMPTOM. This means that intolerance is not a deviation of character, much less a lack of knowledge, but a defense mechanism in the face of a world that is too uncertain, too unstable. According to Žižek, referring to religious fundamentalists, the problem with these groups is that they take religion very seriously, as opposed to the liberal attitude that understands religion as a subjective choice, as a clothing or accessory in which each one carries his (her) own piece. We learn to reduce the pretension of our language, as well as our experience; we learn that SIGNIFIER and SIGNIFIED only enter into an arbitrary dance, which makes religion contingent and uncertain, and not an ontological sphere, as a structure of reality itself. The cost of adopting this deflated form of experience, consequently this form of religion, is very high, which can produce some discomfort at least, or at most, intolerant and violent reactions. In this sense, intolerance is a symptom of a profound experience (ontology) that has been compromised, threatened. The firmer this ontology, the more seriously the individual takes his religion and the more intolerant he appears when he discovers the other, the different.

Certainly, we cannot “tolerate” the intolerant, but we also cannot start from an epistemological criterion, as if they carried ideas, representations or interpretations of the world. The other’s life, more often than we think, is deeper than that, deeper than epistemological approaches. Example: when Damares (the former minister in Brazil and an extremely religious person) states that boy should wear blue and girl should wear pink, she not only presents an interpretation of the world, or representations of what women and men are or should be. This comment is ontological, reflecting a more immediate and spontaneous experience with the world around her, as well as a practical tool that organizes her own life. Their intolerance, in this sense, is not a problem of character, much less a problem of lack of knowledge, but a symptom in the face of a reality that has been compromised. In a world where new bodies appear all the time, and criteria are reformulated all the time, Damares’ world presents itself as solid, firm and constant. The epistemology of suspicion presented on the left, reflecting a soil of possibilities and reformulations, which I personally adopt in my trajectory as a left teacher, can present itself in a somewhat indigestible, uncomfortable way, at least when one encounters groups that live a strong and ontological experience. In this sense, we need to learn to listen to the other’s body, as psychoanalysis has always done, no matter how difficult it is to import this methodology into the social sciences, mainly because our criterion has always been speech, and not listening. Rather than presenting intolerance as the cause of action (“so-and-so acted with intolerance” or “so-and-so is being intolerant”), it may be more productive to understand its existence as an effect, a symptom. The question of psychoanalysis is not “why are individuals intolerant?”, But “what role does intolerance play in a given body, as something that produces meaning and organizes experience?”

Sometimes we ask more than what people can offer, demanding a dip in a contingency pool despite many not having been prepared for this, especially those who came from other times, from other realities. Without a doubt, I, as a Ph.D. student in social sciences, and a left-wing professor, defend diversity above all. But I am not surprised that many disagree with this, like those who feel threatened by the opening of possibilities offered by the left. Of course, we cannot tolerate these groups, but our forms of intervention need other shapes. We need to abandon our epistemological criterion (that people are ignorant and stupid), or our ethical criterion (that people are evil and selfish), and embrace the fundamental element of psychoanalysis: Aesthetics, the body and the dynamics of affects. Even the violence that springs up within certain groups, as well as their racism, homophobia and sexism, can be understood as symptoms acting as desperate responses to a world that has lost its solidity. Racism, for example, cannot be an explanatory cause of an action, as if it were an internal force that lives in someone’s depths, but rather an effect: a symptom of a body located in a world that has lost consistency.

Diversity is the best option, of course, but not without costs— since it never goes alone and almost always accompanied by anguish, uncertainty, and an always open and indefinite future. Presenting diversity as something simple, and obvious, is just a way to simplify a complex scenario. Besides, this simplified interpretation not fully understand the conservative and reactionary movements. To suggest that the ontological religion become the liberal religion, in which each one has his own choice, and, therefore, being a singular and subjective product, it is often too risky. We defend diversity all the time, and we need to do that (always) but it’s not that simple. There is a price you pay for diversity, a price you pay for living in a world where everyone has their own version, where God is a personalized product, where reality is not a profound ontological trait, but a contingent flow of beliefs, tastes and flavors. We pay a price for living in a world where the future is uncertain, where the body and sexuality have no criteria, and can always present themselves with new alternatives. As I said at the beginning, we need to fight the intolerant every day, but not starting from the ethical criterion (he or she is evil), or epistemological criterion (he or she is ignorant). We need to start from an aesthetic notion of intolerance, from a psychoanalytic approach; that is, a notion that involves body and affections, in addition to an ontological background. In other words, intolerance is a symptom of an ontological horizon that has been compromised, threatened. The experience of diversity, in which “word” is not an extension of a thing, wherein signifier is nothing more than an empty vessel in a differential network, but a product that has wonderful effects,  must be defended at any price, although not in a naive way, as presented on Facebook or in Liberal Channels on TV. In order to be tolerant, we need to pay a price, we need to reduce the pretension of our language and our experience, albeit not easy at all. And for those that cannot do this, we need a more efficient way to fight against it. We need to forget our epistemological and ethical criteria and go, finally, to an aesthetic realm.