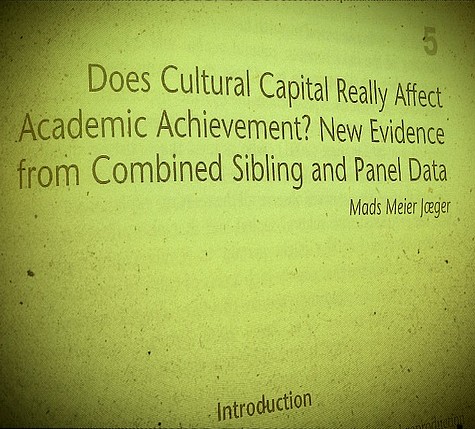 Thanks to last week’s publication of results from the Great British Class Survey (GBCS) in the Journal Sociology, Britain got to talking about social class once again. Not only that, thanks to the design of the research (led by Mike Savage and Fiona Devine), Britain was also talking about concepts borrowed from Pierre Bourdieu, namely social and cultural capital.

Our core finding is that the British class system is becoming more polarised between a prosperous elite and a poor ‘precariat’, and also that what used to be termed the middle and working classes seem to be splintering into social classes with systematically differing amounts of cultural and social capital.

The publication of these results got people talking about the various dimensions of social class in a way that hasn’t been seen in the public sphere for a while – a good thing, in my view (the debate over the parameters of a public sociology continue, somewhere else…). This activity will certainly be of interest to researchers who have focused on the relationship between class and educational outcomes, given that the concepts of Bourdieu – in particular cultural capital – have proven to be hardy perennials in discussions over schooling and inequality.

That said, for all that Bourdieu rules the theoretical roost in educational research (especially when it comes to theories of class), cultural capital has not completely had its own way. To be fair, its nature and significance means that the concept of cultural capital attracts a certain form of research: Its status as a key concept in understandings of inequality and as a mediator of power differentials, makes it the ideal candidate for forms of education research that aim to ‘test’ particular hypotheses, three examples of which I included in Volume 1 ‘Inequality, inclusion and education’ of the Sage 4 volume Social theory and education research set. All three research papers suggest that caution should be exercised when attempting to find answers to persistent social inequalities in the field of culture.

Carlo Barone’s paper ‘Cultural capital, ambition and the explanation of inequalities in learning outcomes: a comparative analysis’, explored the significance of cultural capital in educational settings, in particular the relation between social origins and student achievement. Using data from the Project for International Student Assessment on 25 nations (PISA), Barone’s findings suggest that cultural capital provides a ‘relevant, but far from exhaustive, account of schooling inequalities’. He argues that, in order to elaborate a more satisfactory explanation, two more factors need to be taken into account: occupational aspirations and economic resources. He also discusses whether these mentioned factors can be integrated into a coherent theoretical framework to achieve a better understanding of educational inequalities.

Anna Zimdars et al’s paper ‘Elite higher education admissions in the Arts and Sciences: is cultural capital the key?’ does something similar but this time in relation to access and admissions, examining the extent to which cultural capital helps to explain the link between social background and gaining an offer for study at the University of Oxford. Their findings only partly support Bourdieu’s ‘postulation of cultural capital as the main differentiator between fractions of the middle class’, arguing that there is a need for a more nuanced account of what cultural capital actually consists of:

What matters is a relationship of familiarity with culture, rather than just participation in culture. In other words, it is not enough for parents to simply take their children to the museum, or send them to learn the flute, but children who read and understand high culture, and accumulate the cultural knowledge rewarded by the education system, fare particularly well in the competition for a place at Oxford.

All three studies suggest that the ‘cultural turn’, for so long a significant corrective to overly-structural understandings of power and inequality, still has value. Its value, however, and as exemplified in these three studies, needs to be continually tested for it to remain as a reliable and dynamic concept in educational research. Given Bourdieu’s own antipathy to unreflective forms of social research, he surely wouldn’t have wanted it any other way. 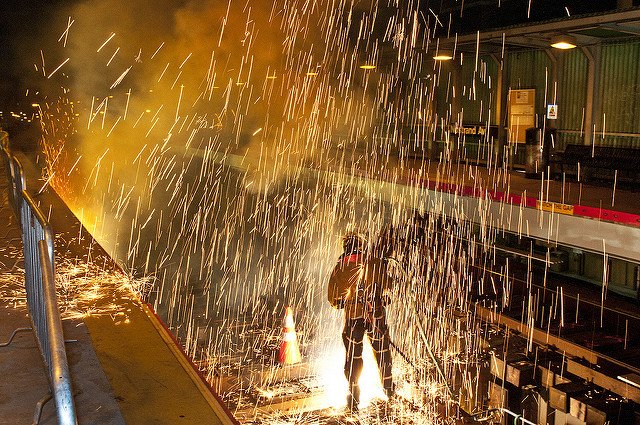 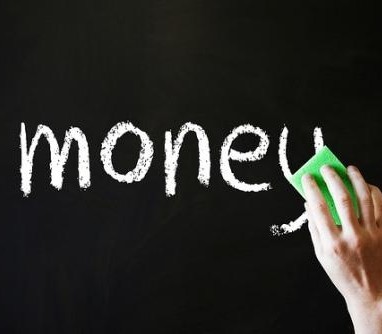