"adónde nos lleva este tren? │ where takes us this train?" by jesuscm is licensed under CC BY-NC-ND 2.0
[This is a blog post based on a forthcoming presentation at the British Education Research Association Conference, taking place in Leeds in September 2016]

Young people’s future aspirations, expectations and decisions have for a long time been at the centre of inquiry within the sociology of education (see Brown 1987; Hodkinson et al 1996; Ball et al 2000). Recently, there has been renewed attention among politicians and policymakers surrounding young people’s aspirations. This is due to persistent trends which indicate that children on Free School Meals (a commonly used indicator of household poverty) underachieve in education compared to children not on the scheme (see Welsh Government 2016; Department for Education 2014), that a higher proportion of young people Free School Meals end up not in any form of education, employment or training  (Delebarre 2016) and that a lower proportion of students from low socio-economic background participate in higher education (BIS 2015; WISERD 2015).  Politicians and policymakers increasingly consider “raising aspirations” as an effective strategy in tackling and reducing social and educational inequalities and enhancing social mobility (see for example strategies such as Re-writing the Future: Raising Ambition and Attainment in Welsh schools (Welsh Government 2014) and Opening Doors, Breaking Barriers: A Strategy for Social Mobility (Cabinet Office 2011). These statistical trends and policy developments have made understanding how young people’s aspirations, expectations and decisions are formed and shaped evermore important today.

Two theoretical frameworks that have been influential on recent research which has explored the aspirations and the process of decision making among young people are Bourdieu’s Cultural Reproduction Theory and Rational Choice Theory. Bourdieu (1990a) introduces the concepts of capital, habitus and field to illustrate how individuals are destined to end up in their class of origin. For Bourdieu, within any field such as the education system, students are differentially positioned in terms of the volume of economic, social and in particular cultural capital that they possess. Habitus, a set of deeply embedded dispositions formed largely by early socialisation shapes the way in which individuals perceive their future, according to Bourdieu. On the other hand, Rational Choice Theorists such as Boudon (1974) and Goldthorpe (1998) contend that individuals’ aspirations and decisions are shaped by a cost-benefit analysis of the options which are available to them as opposed to cultural norms and values.

In the past, proponents of Bourdieu’s Cultural Reproduction Theory and Rational Choice Theory have critiqued the other theoretical standpoint. For instance, Goldthorpe (2007) criticizes Bourdieu’s Cultural Reproduction Theory, believing that concepts such as habitus are overly-deterministic and are unable to explain anomalies such as how certain working class individuals have been able to achieve within the education system and have become upwardly mobile. On the other hand, Bourdieu (1990b: 11) questions Rational Choice Theory, arguing that most of the time individuals are unable to act rationally because “time is limited” and “information is restricted”.

In light of these theoretical debates, my research aims to assess the extent that Bourdieu’s Cultural Reproduction Theory and Rational Choice Theory are able to explain young people’s aspirations, expectations and decisions.    This research focuses on young people from the South Wales Valleys, an area of social and economic deprivation largely as a result of deindustrialisation and the decline in the manufacturing industry. This study aims to look at how changing educational and labour market opportunities as well as other social circumstances shape young people’s aspirations.  Young people who attended Welsh-medium (where most of the teaching and learning is in the Welsh language apart from the subject of English) and English-medium schools (where all of the teaching and learning is English apart from Welsh which is taught as a second language) were at the centre of this study. Between October and November 2014, fifty-two young people were interviewed to find out what their aspirations were after finishing Year 11 (the final year of compulsory education in Wales). A year later, follow-up interviews with seventeen students were conducted to gain a better understanding of the ‘choices’ that they made and to explore the process of decision-making among these participants.

All of the young people in this study aspired to stay on in some form of education and training after Year 11. Their aspirations appeared to be rational. These young people adhered to the human capital notion of “learning equals earning” (associated with the work of Schultz (1961) and Becker (1993)) and considered that further education and training would increase their chances of gaining a “good job”. These students were also aware of increasing participation rates in further education (see Welsh Government 2015) and understood that gaining further qualifications would make them stand out from other candidates when they entered the labour market, illustrating that young people acknowledge the positional aspect of the competition for a livelihood (see Brown 2000). Students’ aspirations were also shaped by their perception of local employment opportunities, with students considering that there was a lack of meaningful and well-paid jobs for school leavers in the local area.

Through analysing the data, I have come to realise that it is quite difficult to determine whether certain actions or practices provide support to either Rational Choice Theory or Bourdieu’s Cultural Reproduction Theory. In this study, young people articulated their aspirations and decisions as being rational. Young people’s aspirations were based on financial considerations with young people aspiring towards pathways which they thought were financially feasible and would grant them the most economic rewards. Young people’s economic backgrounds influenced their financial considerations. Educational performance played a large part in shaping aspirations and decisions as young people tended to choose options which they feel that they would be able to achieve in. Yet, what young people considered as “rational” aspirations or choices was a matter of interpretation and was influenced to a certain extent by their social background. This was clearly visible among the Academic Inheritors and the Vocational students, with young people in these groups wanting to follow similar educational and career trajectories to members of their families. To some extent, the Academic Strivers’ social background did shape their aspirations and decisions, with some of these students noting that some members of their families had progressed to higher education and had inspired them to want to go to university. Several of the Academic Strivers also discussed how their parents and other family members wanted them to go to higher education were dissuading them from taking similar educational and career trajectories as they had taken.

The findings of my study have shown that both Rational Choice Theory and Bourdieu’s Cultural Reproduction Theory complement each other. Personally, I believe that Rational Choice Theory is adequate in explaining individual agency and in explaining how individuals may have aspirations and make choices which are different to those of their family members. Although Bourdieu developed habitus as a concept which goes beyond the agency/structure dichotomy, the concept habitus tends to place emphasis on structure more than agency as our dispositions are fundamentally durable, deeply embedded and are largely shaped by early socialisation. Yet Bourdieu’s concepts of habitus and capital are still useful in understanding how social structure shape what we consider to be “rational” aspirations and choices and also in explaining how different resources (economic, social and cultural) constrain or expand aspirations and choices. Therefore, rather than treating both theories as being oppositional to each other, researchers need to find ways of integrating Rational Choice Theory and Bourdieu’s Cultural Reproduction Theory to gain a better understanding of the processes which shape young people’s aspirations and decisions.

Bourdieu, P. 1990a. The Logic of Practice. Cambridge: Polity Press

Bourdieu, P. 1990b. In Other Words: Essays towards a Reflexive Sociology. Cambridge: Polity Press

Hodkinson, P., Sparkes, A. and Hodkinson, H. 1996. Triumphs and Tears: young people, markets and the transition from school to work. London: David Fulton 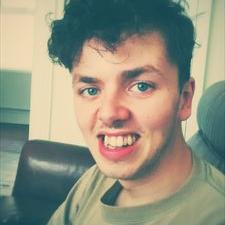 Siôn Llewelyn Jones is a 3rd year PhD student funded by the Coleg Cymraeg Cenedlaethol (Welsh National College) in the School of Social Sciences, Cardiff University. Alongside his PhD, Siôn is also currently involved in increasing the Welsh-medium educational provision for undergraduates in the School of Social Sciences. For his doctoral research project, Siôn is looking at the aspirations of young people attending a Welsh-medium and an English-medium school in the South Wales Valleys. Siôn carried out interviews with 52 students in Year 11 (the final year of compulsory education in Wales) and conducted follow-up interviews with some of these students to see if they were able to fulfil their aspirations.