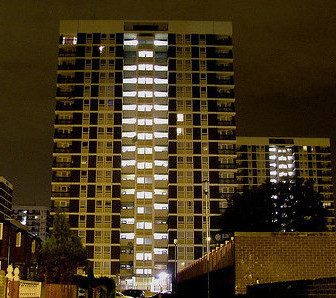 This is the question Douglas Robertson asks in his recently published article Knowing Your Place: The Formation and Sustenance of Class-Based Place Identity. Robertson utilises Bourdieu’s theory of practice in an attempt to understand the role of place in the formation of class identities, using empirical data generated from studies in the Scottish city of Stirling. Here’s the abstract:

This paper argues that the significance of place has for too long been overlooked within housing studies, rarely meriting more consideration than providing a descriptive backdrop. The emphasis on descriptive backdrop is due to place more often being examined and conceptualized in physical terms, rather than as a social construct. Only through understanding how place becomes bonded to a specific class-based identity can the explanatory potential of place be fully realized. In order to achieve this, it is necessary to engage with Bourdieu’s “theory of practice”, as it embraces the different forms of capital, their respective symbolic constructions and how these interplay within his twin notions of “field” and “habitus”. By using Bourdieu’s theoretical framework to analyse empirical data derived from the Scottish city of Stirling, it is possible to reveal just how class-based place identities are constructed and reproduced. Conceptualizing place in such terms can enhance our understanding of social structures, social hierarchies and how the process of social change influences and impacts upon housing. Revealing the processes by which individuals come to “know their place” addresses a long-acknowledged weakness in housing studies.

Of concern to Robertson is how place generates and sustains our knowledge of class identity, finding in the theory of practice and the concept of symbolic violence in particular a useful corrective to much of the theory generated in the field of housing studies:

It is the relative and relational nature of class distinctions and the social hierarchies that they produce, which are of concern here, and how such cleavages become embedded and then replicated over time in the social distinctions that exist between different places. This paper applies Bourdieu to historical class identity, stigma and neighbourhood reputation by offering a historical, comparative and temporal examination of three classed places. The approach pursued here seeks to reveal how the use of symbolic power bestows its class-based identity upon place. Only by understanding the dynamic and varied power of class, and the nature of the social hierarchies it produces, can you properly understand place and fully appreciate what it means to “know your place”. (Robertson, 2013: 371)

Bourdieu’s theory of practice lends itself well to understanding how social location impacts on understandings of place and class identity. But its limitations are once again identified in a paper called ‘knowing your place‘ that tends to emphasise the latter aspect over the former. Growing up on a council estate can have its own peculiar set of effects, but understandings of social location only provide a partial answer to how we come to ‘know’ our class/place/identity. The author is correct to highlight the relational nature of class but the sustaining of these relations has as much to do with affective relations as they do with relations of location. That the argument about divisions between Riverside, Raploch and Randolph Road rely so much on reference to notions of respectability, hierarchy, reputation and social stigma, tends to suggest as much; without recourse to such notions it is difficult to see how the research can uncover the mechanics of knowing. After all, it’s other people that aren’t shy in letting you know what your place is, not places. 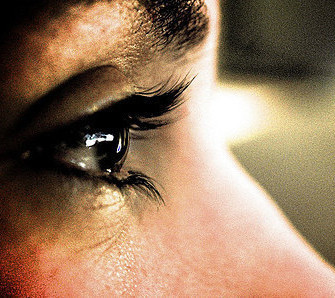