"Loneliness" by Luigi De Frenza is licensed under CC BY-NC-SA 2.0

Loneliness has been in and out of the news in the past year, accompanied by headlines such as ‘a silent plague that is hurting young people‘ and ‘loneliness is killing us‘. This last item includes the doctor’s warning that ‘lonely people are nearly twice as likely to die prematurely as those who do not suffer feelings of isolation’. Another study suggests that 4.7 million people in the UK report that they don’t have one close friend (Do you feel lonely?) Loneliness could therefore be considered a significant public health issue, one that transcends so-called talk of first world problems and simplistic advice from the ‘chin up’ brigade. But for most people the significance of loneliness doesn’t need any help from official facts and figures: People fear loneliness – they already have an awareness of the damage it can do to them, and do what they can to avoid it. After all, who wants to be on their own?

However, identifying the existence of loneliness is one thing; understanding it is another. Why it is so debilitating? Why the fear? What difference does it make if people aren’t around? Understanding loneliness and its effects is a real challenge as, not only are the effects often invisible, so too is its cause. I say ‘cause’ advisedly as, while some might see loneliness as defined by a ‘lack of’ others, i.e., people who are absent, understood a different way, loneliness can be defined as a form of presence – the presence of absence.Other people are present in their absence in our lives.

Psychoanalysts have talked about absence as a form of presence before, particularly in relation to the power of the past to influence the present – absence as a presence that attacks (see this article). This conception can be adopted in discussions of loneliness: While the lack of care and recognition experienced in the past can have debilitating effects on the present, so too can the lack of care in the here and now. The absence of others presents itself in the form of loneliness, a presence that attacks our state of mind and physical health. If we adopt this line of reasoning, then, it is this presence of absence that defines the state of loneliness.

Does this help explain why people sometimes say they are more lonely when in the presence of others? Is there a magnifying effect? Regardless, such a conception may help to shift our understanding of loneliness as an internal phenomenon to one that occupies a shared collective space, a space that offers plenty of room from which loneliness can strike. 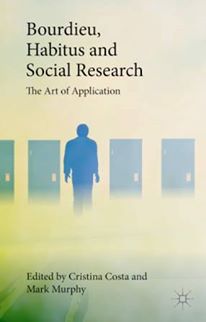