"Capital" by Ramón Peco is licensed under CC BY 2.0

The Miliband–Poulantzas debate unfolded in the late 1960s and early 1970s, via the much admired New Left Review Journal – a magnet for those who were grappling with the events of 1968 while still exhibiting sympathy for Marxist approaches to social issues. It was the ideal home for this debate to unfold, a classic case of two juxtaposed positions on a significant and theoretical issue of the day. The significance of the debate lay in its theoretical implications as well as its practical consequences for Marxist revolutionary struggle. This period after all saw the continuing Cold War saga cement itself via the proliferation of nuclear weapons, the capitalist-communist proxy wars of Vietnam, Rhodesia, Chad, Sudan (among numerous others), and the communist insurgencies taking place in countries such as Thailand and Malaysia, revolts that were often tied to nationalist movements for independence. So there was much at stake when it came to assessing the capitalist nature of the liberal democratic state, not least the desire of many European leftists to distance themselves from the terrors of Stalinist Marxism.

The debate was between two set of ideas, embodied in the figures of two prominent left intellectuals – Ralph Miliband, a British sociologist, and Nicos Poulantzas, a French sociologist heavily influenced by Althusser. Miliband had published a book in 1969, The State in Capitalist Society where he outlined what is sometimes referred to as the ‘instrumentalist’ theory of the capitalist state – or what Marinetto (2007: 21) calls the ‘proxy’ approach. Dedicated to C. Wright Mills, the book made the case for defining the state as effectively a capitalist patsy:

The state in these class societies is primarily and inevitably the guardian and protector of the economic interests which are dominant in them its ‘real’ purpose is to ensure their continued predominance, not to prevent it (Miliband, 1969: 22).

In a nutshell, the role of the state is to serve the interest of capitalists. This role is made possible by the crossover between members of the political and economic classes (much evidence for which is detailed in the book). Miliband’s book was reviewed in New Left Review by Poulantzas, and in the review he sets out his own structural theory of the state. Broadly following Althusser, Poulantzas argues that the state is ‘objectively’ capitalist – what he meant by this is that the state ‘can serve no purpose other than preserving the capitalist mode of production’. The fact that the political and economic classes are one and the same is entirely coincidental in his theoretical approach: state serves capitalism regardless:

The relation between the bourgeois class and the state is an objective relation. This means that if the function of the state in a determinate social formation and the interests of the dominant class coincide, it is by reason of the system itself: the direct participation of members of the ruling class in the state apparatus is not the cause but the effect… (Poulantzas, 1969: 73)

In a response to Poulantzas’s criticisms published the following year, Miliband counters that Poulantzas’s position represents a form of super-determinism, which effectively favours theoretical obscurantism over practical forms of political struggle:

The political danger of structural super-determinism would seem to me to be obvious. For if the state élite is as totally imprisoned in objective structures as is suggested, it follows that there is really no difference between a state ruled, say, by bourgeois constitutionalists, whether conservative or social-democrat, and one ruled by, say, Fascists. It was the same approach which led the Comintern in its ‘class against class’ period fatally to under-estimate what the victory of the Nazis would mean for the German working-class movement. This is an ultra-left deviation which is also not uncommon today; and it is the obverse of a right deviation which assumes that changes in government, for instance the election of a social-democratic government, accompanied by some changes in the personnel of the state system, are sufficient to impart an entirely new character to the nature and role of the state. Both are deviations, and both are dangerous. (Miliband, 1970: 58)

Although of its time, this debate has echoes of both earlier elite takes on the state a-la C. Wright Mills, as well as more recent and seemingly persistent populist views of the state as owned and controlled by big business. 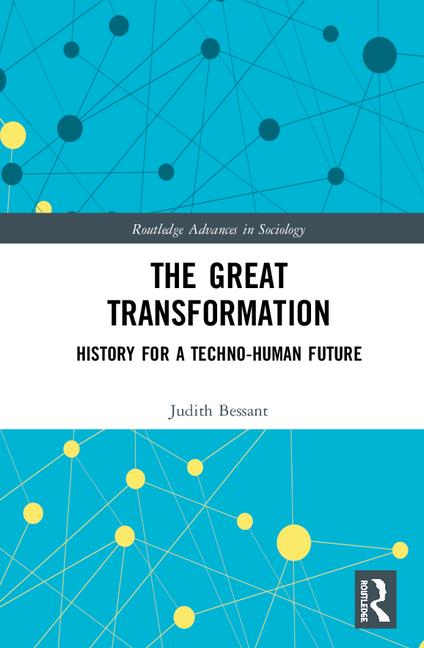 The Great Transformation, History for a Techno-Human Future