Students’ Unions and Consumerist Policy Discourses in England: An Exploration of Discursive Contradictions

[This is a blog post based on a paper given at the symposium ‘Student politics in contemporary higher education: theory, policy and practice’, taking place at Durham University in September 2017]

During the past few years, there has been a heated debate over higher education governance, funding and organisation in England, resulting in recently approved Higher Education and Research Act 2017. The document introduces a Teaching Excellence Framework (TEF) that aims to differentiate and reward English universities according to their teaching quality, categorising universities as Gold, Silver and Bronze and adjusting tuition fee levels accordingly. The first TEF results were released in June 2017, and the media outputs with titles such as ‘TEF results – Lies, damned lies, and press releases’ (Bagshaw 2017), ‘Top UK universities miss out on gold award in controversial TEF test’ (Weale 2017) and ‘Stop celebrating the TEF results – your hypocrisy is galling!’ (Murphy 2017) made the sector-wide concerns visible. While the debate has mostly focused on the perspectives of academics, senior managers and policy makers, this paper traced the role of students’ unions in higher education politics and the sector more widely. It aimed to contribute to a limited but growing body of research on student unionism and politics (see e.g. Brooks 2017; Brooks et al. 2015; Klemenčič 2014; Luescher-Mamasela 2013).

Within a current neoliberal environment, researchers have argued that the role of students’ unions has changed, indicating a shift towards depoliticisation of students and their representatives. For example, Luescher-Mamasela (2013) suggests that student representation is increasingly related to the role of students as consumers and their rights to have their interests protected. This shift in positioning reflects in closer relations between unions and senior management, and in a tendency to employ a growing number of professional non-elected officers to students’ unions (Brooks et al. 2015). In other words, the unions have become central stakeholders within the system where universities need to increase their competitiveness (Klemenčič 2014). While the Higher Education and Research Act 2017 has been surrounded by a rhetoric of placing students as consumers at the centre of university education, the paper was particularly interested in exploring the ways in which students’ unions (as the potential representatives of consumers) respond to the most recent example of consumerist policy discourse in England.

Guided by a Faircloughian (1992, 2001a) critical discourse analysis (CDA), the project[i] engaged with five students’ unions from England’s Russell Group universities and the National Union of Students, and analysed their written responses to the government’s Green Paper consultation[ii]. In addition to documentary analysis, it conducted follow-up interviews with sabbatical officers from these unions. Both sources of discourse demonstrated the unions’ significant opposition to the reform. They were concerned about further marketisation of higher education and enforcement of student identity as consumers. The phrase below provides a vivid example:

It’s gonna be like Tesco, Sainsbury’s, Amazon and, erm, the Odeon Cinema, all own universities, except we’re not quite sure which business owns yours, and you’re paying like so much debt. I don’t know, it’s gonna be a nightmare. All universities will be different, will charge different amounts, erm, and you’ll have this really weird, erm, Comparethemarket.com website which will say things like, ‘You can get this Gold course at this Bronze uni and then pay this amount,’ and we’ll all have to pay health insurance. (Union 4, Sabbatical officer)

The unions and their sabbatical officers were particularly critical of metrics used to measure teaching quality and the link between the TEF and tuition fee increase. For sabbatical officers, the reform related to the Conservative Party politics and wider political events such as Brexit and the US presidential election.

However, the paper also demonstrated the importance of CDA as a method that helps to reveal discursive complexity within the time of change or instability. Fairclough (1992) explains discourse as a form of social practice, which shapes social relations and subjects. From a Faircloughian (2001a) perspective, CDA is a dialectical method that focuses on relations between discourse and social practises. The method suggests that any new discourse, e.g. the discourse of consumerism, can meet resistance in institutions or social groups which results in discourses being reinterpreted or partially enacted (Fairclough 2001b). In particular, the interview data demonstrated how the sabbatical officers often returned to the advantages of existing (and proposed) consumer mechanisms to explain their work and engagement with the policy. The most important mechanisms for unions to express their power over the university and sector more broadly were the National Student Survey (NSS) and the Competition and Markets Authority (CMA) guidance on consumer law. While often explained as being bizarre, it was seen as something that gives the unions advantage in an already marketised sector:

I find myself in bizarre situations in kind of university committee meetings, where I’ll be using the logic of consumerism to argue for something good for students. So you know, I’ll be saying, ‘You’re charging students £9000 a year, and you’re also asking them to pay for their printing. What’s that about?’ (Union 2, Sabbatical officer)

In order to understand the counterargument that emerged from the analysis, the complex space the unions and their officers occupy requires attention. In particular, the participants suggested that most students they represent support the bill and further enforcement of consumer rights, illustrating how the role of the consumer is enforced on students (Svensson & Wood 2007). Furthermore, they were highly critical of the Russell Group universities that have ‘thrived of hundreds of years of not doing anything differently’ (Union 4, Sabbatical Officer). This lack of opposition from both the students and universities demonstrates the complex space the unions occupy. However, I do not wish to suggest that students’ unions and their officers have been utterly depoliticised in contemporary universities, especially as the data indicated a strong disagreement with the higher education reform and wider politics in England. Rather, the same (consumerist) discourses that act on individuals could also be seen producing possibilities for their subversions (Butler 1997). The findings suggest that the NSS and the consumer law have made it possible for power to be reclaimed to some extent, particularly in a context that increasingly functions based on consumerist forces. Resistance to marketisation of higher education should therefore be seen as ‘a multi-layered phenomenon’, taking diverse forms depending on the opportunities available (Giroux 2003, 9). From a Foucauldian perspective, power operates in various ‘networks of social’ (Foucault 1983, 372), making its exercise possible only so far as the individuals/groups are able to choose actions within a field of possibilities (Dean 2013). Exploiting consumer devices appears to be one of these opportunities in an increasingly marketised environment. Furthermore, by working with both the written and verbal discourses, the potential of CDA in revealing discursive contradictions has become particularly evident.

[i] The project titled as ‘Critical Analysis of the Higher Education Green and White Papers (2015-2016): Student Representation and Response’ is funded by the British Academy with the Philosophy of Education Society of Great Britain as the partner organisation.

[ii] As part of the Green Paper consultation from November 2015 to January 2016, students’ unions along with other higher education interest groups were invited to respond to the government proposals. The consultation resulted in the White Paper that is available at: https://www.gov.uk/government/consultations/higher-education-teaching-excellence-social-mobility-and-student-choice

Giroux, H. A. (2003). Public pedagogy and the politics of resistance: Notes on a critical theory of educational struggle. Educational Philosophy and Theory, 35(1), 5-16.

Svensson, G., & Wood, G. (2007). Are university students really customers? When illusion may lead to delusion for all! International Journal of Educational Management, 21(1), 17-28. 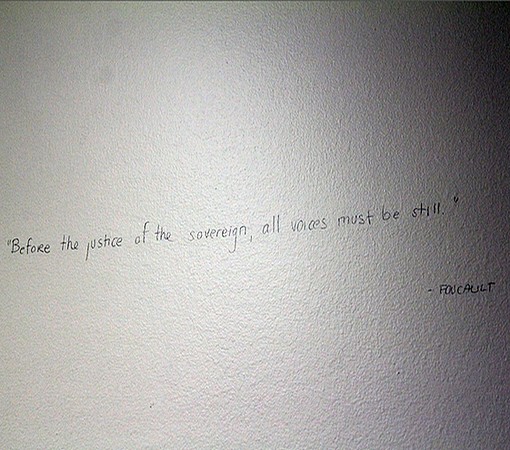