This post has emerged from a paper that Mark Murphy and myself presented (with input from Jim Conroy) at BERA 2013. The overarching idea behind the paper was to show, using my research as an example, some of the difficulties faced by new researchers in selecting appropriate social theory.

To jazz things up a bit, we used some of the presentation time for a quick question and answer session: Mark asked the questions, and I attempted to provide some sort of logical answer. This meant that I could outline my reasons for using ANT, but in a more interactive way. We would like to continue this method of presentation through Q&A on the site, making use of the comments section, in an attempt to make blog posts and past conference papers more interactive.

My research focuses on the development and implementation of policy in Scotland. I am tracing a new teacher education policy, Teaching Scotland’s Future (also known as the Donaldson Report), in real time, as it comes into existence and becomes embedded (or not) in Scottish education.

The three aims of my research are to:

Teaching Scotland’s Future was published in January 2011 and contains 50 recommendations for the improvement of Scottish teacher education in its entirety. The agenda has been further developed and implemented in partnership by two groups (the NPG and the NIB) consisting of representatives from key bodies in Scottish education. The journey of the policy is partly dependent on the collective action of, and decisions made by, these actors, the majority of whom can be considered as powerful policy actors.

Within the NPB and NIB, there has been a range of vested interests, values and positions in flux; making an already complex process even more complicated. It is the intersection of all of these different interests and forces (internal and external) and the power play between actors (at an organisational level) that I am interested in. It is important to note that I am not looking at the interests and values of individual people – I am looking at the way in which bodies (publicly and privately) position themselves in the process and how their positioning impacts on the journey of policy. I have gained some insight into this through interviewing members of the NPG and NIB, and also through analysing a range of documents such as working papers, political announcements and press releases.

Social phenomena are, by their very nature, uncertain and fluid. John Law (2004) warns that if we want to truly capture this we need to use ‘messy methods’ that allow us to ‘know’ the indistinct and slippery without trying to grasp them too tightly.

Regarding ANT as a toolkit, I have made use of particular ideas and concepts that have proven useful for my research. I will attempt to briefly outline the main three here:

The token in my research is the main agenda set out in the original ‘Teaching Scotland’s Future’ report. It appears that key bodies in Scottish education are using their positions within the policy process to support, modify and silence sections of the agenda depending on their interests and goals. This is the nature of policy processes in Scottish education and ANT is allowing me to get closer to it.

Come on Mark Murphy (and anyone else), hit me with your questions!! 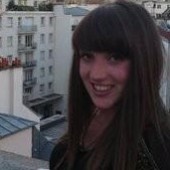