Documentary-based research (sometimes called desk-based research) is just as valid as any other research method, so long as it fits the purpose of the study in question. It is an attractive method to those influenced by postmodern or poststructuralist approaches in understanding educational policy and practice, using for example the work of Michael Foucault and Jacques Derrida as ways to examine or ‘deconstruct’ government policy documentation. At the same time, documentary research tends to be underutilised in social science research generally. The relative invisibility of documentary research should not be taken at face value; just because other methods tend to be more popular currently does not negate the potential this form of research has for the modern researcher. The use of documentary research has a rich history in the social sciences; as Ahmed (2010, 8) points out, it was a method greatly favoured by one of the most famous social scientists, Karl Marx:

Marx made extensive use of documentary sources and other official reports, such as Her Majesty’s Inspectors of Factories reports made between 1841 and 1867, reports by the Medical Officer of the Privy Council, Royal Commission and Inland Revenue reports, as well as reports on the employment of children in factories, the Banking Acts, the Corn Laws, the Hansard and Census Reports for England and Wales. He also referred to various Acts and Statutes, such as the Factory Regulation Acts of between 1833 and 1878. Marx also used newspapers and periodicals such as The Times, Economist and New York Daily Tribune.

The internet has made documentary research all the easier, and what was once a sometimes laborious activity has now become more manageable by the development of efficient search engines that can access documents instantly. The rise of open access research, although up against a firewall of ‘closed’ or privileged access rights has helped to nudge documentary research ever closer to the heart of research methodologies. It should never be considered that desk-based research is in some form a poor cousin of ‘field’ work: oftentimes documentary research requires ‘field’ work anyway – visits to museums, libraries, galleries, archive collections and so on.

So when you combine this technological revolution with its close cousin, the digital revolution, it becomes evident that the possibilities for valuable and exciting forms of documentary research are practically endless. The digital age with its capacity to shift and store documents and information means that the power of access gets combined with the power of analysis and storage – this is evident from how we use and research via journal articles; where once considerable amounts of time were spent photocopying individual articles and painstakingly taking written notes from them, now one can access these materials online in PDF form while also digitally note-taking from the same sources.

But of course none of this means that documentary research has turned into a failsafe approach to evidence gathering – the same historical caveats still apply. Digital and online access come with their own set of anxieties; while access, evidence gathering and storage have all become much more efficient, it is also wise to be aware of the potential downsides of this access – one of the key ones being plagiarism, especially the unwitting kind. As researchers more and more copy and paste excerpts from journals and online digitals books, the chances are increased that people will confuse someone else’s work with their own. It is also much easier to lose the source of the documentary evidence you have accumulated – this is also important for your evidence base as you need to provide a source for all forms of evidence. More efficient access to documents means that it is also much easier to be in breach of copyright – publishers take such breaches seriously so be careful how you use copyrighted work, especially if you are looking to distribute it for research dissemination purposes. 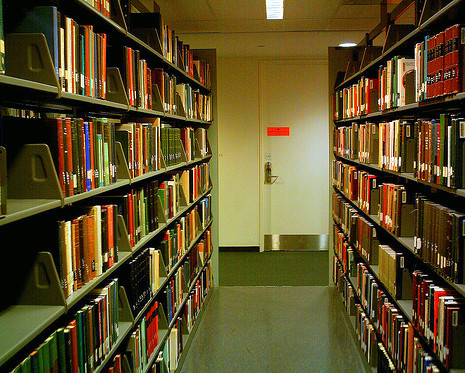