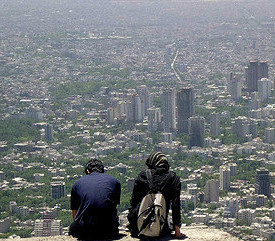 Bourdieu’s ideas get applied across a wide range of areas and international contexts, having long since achieved a ubiquity probably unparalleled among modern social theorists. Even still, it’s always interesting to see how these ideas get translated in international contexts, a recently example being this article by Mohd Aslam Bhat and Tareak A. Rather on Youth transitions in Kashmir. Here’s the abstract:

Contemporary interpretations of youth transitions have been extensively influenced by sociological preoccupations with individualisation. Hence youth researchers have been inclined to present homogeneous and synchronised portraits of contemporary youth, skipping the crucial underlying structural features that still persist and sustain differential transitions into adulthood. Drawing on in-depth interviews with young people in Kashmir (North India), this article uses Bourdieu’s conceptualisation of interdependent forms of capital to support the proposition that making rational choices and decisions, which does constitute individualisation, also still depends on one’s class position.

Those of you interested in the intersection of forms of capital should have a read of this article, and when doing so keep an eye on how they deal with the vogue for valorising culture over other forms of capital:

The arguments in this article … negate accounts which stress the efficacy of cultural capital in the inter-generational transmission of privilege and disadvantage. Our data examples suggest that economic and social capital can still also be highly important, particularly by creating access to crucial cultural capital. Simply, if access to education is widened, economically well-off families can gather their children in academically selective schools, and pay extra for tuition and language courses, as our data indicated, thereby giving their wards access to a broader curriculum. Further, by using distinct class-based strategic institutional interventions to influence school personnel on behalf of their children, advantaged families aim at directly facilitating their children’s educational and social growth (p. 200).

Their concluding sentence is also worth repeating here, given that it nicely summarises their other main ‘beef’ with modern theorising on youth transitions:

Finally, the Euro-American-centric representations of young people, which instantly formulate youth with change, the ‘autonomous individual’ or the ‘sovereign subject’, as if they were per se the carriers of innovation, living in no man’s land, are trivialities that should be instantly reproached and refuted (p. 201).

I like this sentence, but not sure I can agree with it – youth as carriers of innovation? youth as ‘autonomous individuals’? There may be strands of thought that promote such ideas as truth, but you don’t have to go too far into the literature to find reams of articles devoted to similar issues addressed in this paper, many of them ‘Euro-American’ in origin. I enjoy an easy target as much as the next person, but ‘homogeneous and synchronised’ is a bit too strong a description of a field diverse and conflicted in views and method. ‘Youth’ as a category is as contested as ever, thankfully.