Books for children often celebrate the exploits of characters who resist or defy authority in some way. There’s Pippi Longstocking and her spirited refusal to conform to any of the practices considered ‘normal’ or common sense by her young friends and neighbours. To our delight, she walks out of school because it seems meaningless, and successfully fends off two policemen’s bullying attempts to put her in a children’s home. Then, of course, there is Harry Potter, a pupil who breaks school rules with bewildering speed, but because his defiance stems from his determination to overpower the dark forces that threaten both him, his friends and their world, we approve of his actions and applaud his unruly behaviour. In both of these examples – and in many more – resistance and defiance are held up as qualities for the child reader (and, possibly, for any adult co-readers) to admire and to aspire towards. What these texts teach us is that good can come from those who challenge what passes as normative, or from those who resist the dominance of arbitrarily imposed powers that can perpetuate inequalities and injustice.

While defiance may be positively encouraged as a character trait in fictional schoolchildren, pupil resistance often meets with a far more negative response in the real world. As Eric Toshalis explains in Make Me! Understanding and Engaging Student Resistance in School, students who resist, challenge or deviate are often branded as troublemakers or delinquents by teachers who may be forced to write them off as simply unteachable within the pressurised constraints of mainstream classroom contexts. The damage caused by such treatment can be painful, irreparable and divisive, and Toshalis, an American academic and teacher, believes the situation could be transformed through a renewed, research-driven focus on resistance as productive rather than obstructive.

In this book, Toshalis calls for a radical rethink of resistance. Instead of quashing such behaviours via stringent classroom management strategies, punishments or suspensions, Toshalis urges his teacher colleagues to engage with student resistance and to apply insights from theory and research to challenge their existing practices and pedagogic assumptions. By doing so, he claims it may be possible to create classrooms that are more culturally responsive, critical spaces where teachers can learn to understand why their students resist, and where students can learn ‘how to use resistance in ways that contribute to meaningful change’ (2015: 241).

Describing teachers as public intellectuals who face social, political and cultural contexts of increasing complexity, Toshalis argues that their work must be supported by frequent recourse to scholarly knowledge. While he is critical of the limited treatment student resistance often receives in the widely available ‘single theory’ type behaviour manuals, Toshalis also acknowledges that gaining access to research materials can often be problematic for those outside of university settings, thanks to the barriers created by journal paywalls, the inaccessibility of academic language, and issues caused by the fact that research into student resistance stretches across several fields. Consequently, in Make Me! Toshalis refuses to provide ‘quick fix’ solutions and instead positions teachers as inquirers by presenting them with access to a range of scholarship and possible ideas or suggested ways forward. Research findings and theoretical insights are woven together with personal experiences and classroom vignettes under four broad headings: understanding resistance theoretically, psychologically, politically and finally pedagogically.

As the word play in the title Make Me! suggests, Toshalis’ focus is not only on theorising students’ defiance, but is also on the role that teachers have in constructing and moulding the behaviours of the learners in front of them, a remarkable responsibility that can often be overlooked in the busy whirligig of everyday classroom life. In the first section, the theoretical overview, Toshalis assembles a backdrop of social theory to remind his intended teacher readers of where they are placed within the power dynamics of a much larger (and largely invisible) political system. Although this theoretical frame stays in place for the rest of the text, the book’s overall structure reflects Toshalis’ central argument that a more nuanced understanding of resistance is only possible if theory, psychology, politics and pedagogy are all considered simultaneously (2015: 9).

While Toshalis writes from within an American context, many of the issues he covers will be recognisable and pertinent to educators working in UK settings. And while the forms of student resistance he describes are often linked to disciplinary issues, such as aggressive behaviour or refusals to co-operate, it is interesting to consider how his insights about reframing resistance as a productive form of engagement might be applied to other areas of classroom practice, where smaller scale examples of student defiance might occur. As referred to above, Toshalis precedes each new section with a fictionalised vignette, illustrating resistance in action. To my mind, it would also be useful to read examples of what happens next: how do teachers and students respond to the approaches Toshalis describes? How do other (non-resistant) students – and perhaps parents too – respond when their teachers engage differently with resistance or disruption: do they see it as fair? Or letting things slip? Progress?

In this text, it’s clear that Toshalis draws deeply from his own experiences as a teacher, creating a candid perspective that enables him to write about a complex and controversial topic with a strong sense of good-humoured authority and understanding. Close to the end, he returns to the importance of teachers’ relationships with their students, underpinning its significance. Quoting the educational philosopher Gert Biesta, Toshalis notes that resistance and relationships are inextricably interlinked because education ‘literally ‘takes place’…in the gap between the teacher and the learner … A theory of education is, in other words, a theory about the educational relationship’ (2015: 254).

By encouraging teachers to engage with this ‘gap’, in other words, the nature of the relationships they have with their pupils, Toshalis helps to shift the deficit ‘burden’ away from students as individuals, placing it instead on wider societal issues and structures that generate inequities as well as commonplace assumptions and so often escape critique. 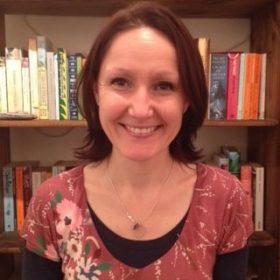 Jennifer is a third year, ESRC funded PhD student in the University of Glasgow's School of Education, Her research project inquires into the literacy practices of young children and their parents when they share metafictive picturebooks at home. This project builds on Jennifer’s previous classroom-based research, which mapped young readers’ responses to metafictive devices onto key critical literacy practices. Jennifer is a secondary English teacher and is also an Associate Tutor in the School of Education. 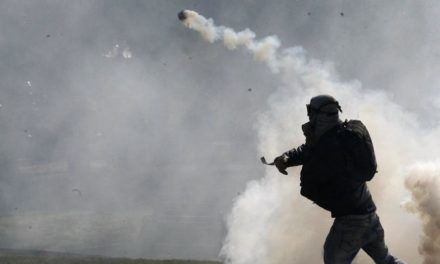 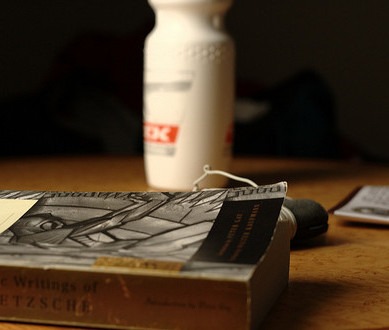 Going to School with Friedrich Nietzsche