Analysing knowledge and power in classrooms

"Classroom." by MIKI Yoshihito. (#mikiyoshihito) is licensed under CC BY 2.0

How can we explore how power operates in classrooms, looking at the power teachers hold through their social position alongside the flows of power between different actors? How can we understand how knowledge is intertwined with power for, as Michel Foucault put it, ‘there is no power relation without the correlative constitution of a field of knowledge, nor any knowledge that does not presuppose and constitute at the same time power relations’? In this blog, we advocate combining Foucault’s insights with the idea of epistemological moves, teacher statements that indicate to students what counts in terms of knowledge and ways of acquiring knowledge.

Neil Mercer, in an influential analysis, described classroom talk fitting a repetitive pattern of Initiation-Response-Feedbank (IRF). In short: teachers ask narrow questions, students respond and teachers shape these responses to fit their wider objectives for the lesson. Reflecting on the debate provoked by his work, Mercer writes: ‘it was at one time very common to find researchers criticising teachers for talking and questioning too much. However, most classroom researchers would probably now agree that such judgements were too simplistic’. They ignored the role of questions ‘in directing and assessing pupils’ learning’ and ‘tended to assume that all IRF exchanges were performing the same communicative function’. An analysis of epistemological moves begins with the complexity and subtlety of how teachers interact in classrooms.

For example, in a technology lesson, where students are working in groups to build bridges out of lolly sticks, we have the following dialogue:

Bryan: Give us a clue.

Teacher: I GAVE you a clue. Who is correct, Ahmed or Carla?

Teacher: How come? Because he is your friend or because you believe in what he said?

Bryan: No, because I said that [inaudible] becomes like this…

Carla: No, but if I do it like this, then it becomes a triangle so it will hold [the weight].

Teacher: From which angle do you place a load on the triangle? From which angle is a triangle the strongest? Like this or like this? ((illustrates with her hand on the lolly sticks in C’s hands)) Now I have helped you so much, now I’ll leave before I say too much.

Carla: A triangle is strongest like this. ((illustrates with her hand))

In responding to the request for a clue with a question the teacher indicates that, in the classroom, knowledge does not come from her telling them. She reinforces this when she leaves ‘before I say too much’. She also suggests friendships are not a good basis for knowledge. Yet, through her questions the teacher works to enable students to generate their own knowledge, by asking them to say who is correct and why. She also picks up on Carla’s comment to re-orient the group towards how triangles bear weight. We need to link these knowledge-making practices (or epistemological move) to power relations.

Foucault argues power operates more through internal than external control. We take up classifications, self-regulating in relation to what is normal, adopting collective and individual identities, and even arranging ourselves in space in line with these. Power is productive and repressive simultaneously, it enables and constrains who we can become. It’s not an evil to be eliminated, but an inevitability to be negotiated. Foucault calls this decentralised idea of power capillary. It fits well with an epistemological moves focus on the minutiae of classroom life.

Jennifer Gore applied this to pedagogy, identifying a range of techniques of power. Normalisation involves comparing people and actions to a standard. ‘Norms differentiate individuals from one another by reference to a minimal threshold, an average to be respected, or as an optimum towards which one must move’. Exclusion is ‘the reverse side of normalisation – the defining of the pathological’. Together they set limits and boundaries for being, thinking and doing.

Applying these ideas to the example above, we see norms of rational argument established when the teacher excludes an appeals to friendship to justify Bryan’s support of Ahmed. Building a bridge appears a very free task. Yet, the teacher’s selection of materials and enthusiasm for triangles (so much so that she almost ‘say[s] too much’), exclude other approaches, indirectly invoking a norm. Her talk also reproduces norms about teacher and student roles in the classroom.

A boundary-free pedagogy is inconceivable. As Gore argues, our focus should be not on eliminating normalisation or exclusion but on ‘how to avoid [their] negative effects’. By attending to the nuances of power and to how students respond to different epistemological moves, as Malena Lidar, Eva Lundqvist and Leif Östman write, ‘a teacher has a tool for deciding how to interact with students. For example, we could think about the consequences if a teacher could rewind a situation and make different moves in the same situation’.

This article is based on ‘Knowledge and power in the technology classroom: a framework for studying teachers and students in action’ published in the journal Cultural Studies of Science Education. The authors are Anna Danielsson, Maria Berge and Malena Lidar. Together with Heather Mendick, they wrote this blog post. 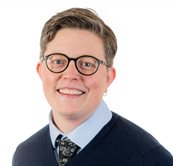 Anna Danielsson is Reader in Science Education at King’s College London. Her research interests are centred around issues of gender, power, and, identity within the context of teaching and learning of science and technology.