"View" by melusina parkin is licensed under CC BY-NC-SA 2.0

In this post I delve into some of the questions I asked myself during my journey through the doctoral process to gain a better understanding of myself and awareness of the power structures within which I was situated, and negotiating these spaces to try and complete the thesis.

Whilst many authors state that the richness of data cannot be doubted in qualitative research, in my opinion, qualitative researchers have to face the problem that their work is hard to measure in terms of authenticity and rigour. There were many occasions where I asked myself with what made this research study credible, and should I declare my positionality as a novice researcher, female, born in England to Pakistani parents, and parent of three grown up children wanting to explore why ethnic minority young people were disengaged in schools (Baird and Collins, 2010)? Did my gender or ethnicity give me privilege when I engaged with my research participants, or was it my age or gender that affected these engagements? A mature student in her late forties and mother of children all in their twenties? Did this give me an insider status due to commonality, or perhaps caused the young people to retract as I could know their parents, or they saw me in a position of power? Another important question I repeatedly asked myself was how to construct a document that read in a meaningful way to represent all my research participants. I engaged in other literature and found authors had also had these types of dilemmas and discussions, with the importance and interpretive implications of concepts such as ‘reflexivity, legitimation, representation, and the politics of location’ (Cheek, 1996; Coffey, Holbrook, & Atkinson, 1996; Purkis, 1994; Collins, 1990; Lynch & Woolgar, 1990; Richardson, 1991), cited in Caelli et al (2003).

This understanding of myself as an integral part of the research process, as both a data collection tool, and how I was positioned within the research field were two important aspects of the study. This identity or persona of a researcher doing research then becomes one of seeking authenticity, agency and capability to pursue these choices, and is discussed at length by Mockler in Higgs et al (2011), but at the same time I had to recognise that reflexivity is an important but questioned and multifaceted concept. It is an explicit self-consciousness about the researcher’s social, political and value positions in relation to how these might have influenced the design, implementation and interpretation of the theory, data and conclusions (Griffiths, 1998; Greenbank, 2003).

This awareness of myself as the researcher is asserted and reflected in the research design and my interpretation of seeing and being in the world and the development of the research process. An important part of understanding myself as a research tool lay in recognising the links between the ontological and epistemological positioning and the methods I as the researcher chose to employ in the collection of data. The selection of methodologies and research methods did not occur in a void, and neither was the process of selection dictated by the subject matter or phenomenon under investigation. Instead, it was linked essentially to the way in which I as the researcher visited the principal questions of ontology and epistemology and the assumptions of related research paradigms.

Bourdieu and Wacquant (1992) demonstrate the significance of understanding not only the immediate habitus, but within the wider politics of the field and related doxa (Fitzpatrick and May, 2015). My experiences of the research site will be perceived through the accumulation of my life experiences and understanding in relation to social class, gender, ethnicity, cultural background, age and many other factors. However this recounting of the story will also be informed by the doxa of the school, the research participants and the school’s location amongst others (Fitzpatrick 2013).

The search for authenticity in qualitative research requires congruence between design, process and reporting. In terms of qualitative research, where there are elements of sharing of life histories, authenticity is unavoidable as a measure of quality. The research sought to establish and articulate the participants’ life stories in ways that remained factual with the participants but were also systematically rigorous in a complex and multi-layered process. It relied on a level of self- awareness on my part that allowed central beliefs about knowledge creation and “reality” to be connected to the research initiative. As the researcher I remain reflexive at all stages of the research process and am aware that research is a ‘systematic enquiry with the aim of producing knowledge’ (Ernest, 1994, p8) but it can be difficult to maintain the objectivity and neutrality required, due to the gender, race and class, thus allowing my subjectiveness influencing the conceptualisation of knowledge and its acquirement. It is important to understand and acknowledge that bias is avoided.

‘Bias comes not from having ethical and political positions – this is inevitable – but from not acknowledging them. Not only does such acknowledgment help to unmask any bias that is implicit in those views, but it helps to provide a way of responding critically and sensitively to the research.’

I as the researcher reflected on the quality of the relationship that emerged between myself and research participants, and on an obligation to authentic and reflexive analysis and reporting that integrates participants’ voices in ways that were respectful and reflective of their desires concerning their involvement.

Also in reporting and discussing my findings I have ensured that I refer to the specific context of the research study and its sample and do not generalise to any external population.

During the research process, there were many areas which appeared new to me, new words representing concepts I had never come across previously which caused me much anguish and teeth gnashing. The thesis write up was a process, very much like weaving a tapestry, where I laid down the framework, attached the base threads before adding the coloured threads to weave a narrative which made sense from the start to the finish.

Dilemmas when writing up the data analysis section in the methodology chapter to arrive at my findings took over a year of going backwards and forwards and lots of reading to arrive at a process where I felt made sense to me and to the reader. Below are some of the questions I mentally wrestled with

– Whose definition of ‘rationality of the data’ would/should I use? This lead me onto the next question of why should data be ‘rational’?

Well, of course I couldn’t! Every experience is interpreted through multiple filters and every time an experience is related and shared, it is interpreted yet again through any number of filters. We shape the world and what is spoken and experienced within it according to our own ‘ways of knowing’, so it isn’t about confusing perceptions of reality, it’s about interpreting and processing those communicated perceptions through our own filters of experience. The important point to remember is to acknowledge the process. The concept of ‘doxa’ was also interesting, encapsulating ‘reality’ and ‘truth’ which are dubious concepts to try to verify in research, since these concepts exist in our individual consciousness; they are not ‘out there’ somewhere waiting to be found, but the use of Bourdieuian concepts of habitus, field and capital helped unpack the data to understand what was happening in schools and youth work settings in relation to the young people.

Ernest, P. (1994) An introduction to research methodology and paradigms. RSU, School of Education, University of Exeter

Fitzpatrick, K., and May, S. (2015) Doing Critical Educational Ethnography with Bourdieu, in  Murphy, M and Costa, C., (2015) Theory as Method in Research on Bourdieu, Social Theory and Education, Routledge

Flick, U. (1998) An introduction to qualitative research. Sage. 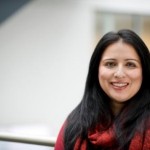 Nighet Riaz is an associate lecturer and PhD researcher in the Institute for Youth and Community Research at the University of the West of Scotland. Nighet’s PhD thesis aims to explore the experiences of young people. There will be an emphasis on those from black and minority ethnic backgrounds, growing up in urban areas in the West of Scotland via school and agency led youth work projects that aim to reengage young people categorised as NEET (Not in Employment Education or Training). By looking at their varied and complex biographies it will address young people’s experiences and perceptions of their communities and their transitions from education to the workplace. Getting lost in the transition from education to work is one of the key risks of social exclusion for young people which may lead to subsequent involvement in anti-social behaviour and crime. Nighet can be contacted at Nighet.riaz@uws.ac.uk

What theories can accomplish – and what they can’t