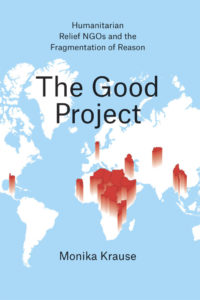 In this interview, Mark Carrigan (@mark_carrigan) talks to Dr. Monika Krause, Assistant Professor in Sociology, London School of Economics. Dr. Krause joined the Sociology Department at LSE from Goldsmiths College in 2016. She holds a PhD in Sociology from New York University and an MA in Political Sociology from LSE. Monika’s research addresses comparative questions about forms of expertise, professions, organization and fields of practice. Her book The Good Project. Humanitarian Relief NGOs and the Fragmentation of Reason(Chicago University Press 2014) examines the shared space of humanitarian relief organizations. It won the British Sociological Association’s Philip Abrams Memorial Prize and the Hodgkinson Book Award of the Association for research on Nonprofit Organizations and Voluntary Action in 2015.  More information on Dr. Krause can be found here.

“Theory” usually means “decontextualization, which the speaker likes”.  I mean by that firstly that the term theory is an evaluative term. People are using it mostly to denote something they like and then they debate what it is. I mean by that secondly that using the term theory usually means drawing a distinction between the empirical, or “data”, and something else, but there is no agreement about what that other thing is.

I think we sometimes don’t appreciate concepts and what they can do enough because we either focus on how several concepts are linked together by a “famous author” to establish “a theory” or “an approach”. Or we privilege explanation in what Abbott calls the “linear causal” tradition. If explanation is linking two concepts so as to say “x causes y”, the concepts of x and y are just preliminary steps.  That type of explanation calls for precise measurement, and projected backwards into theory, this creates an incentive not only to use old concepts but to work with concepts that already come measured.

If I am right when I say that from the perspective of the sociology of theory, talking about theory means drawing the distinction between data and that which is not pure data, then theory is really at the core of who we are as scholars. It sounds trivial to say theory informs everything, but it does.

Why are concepts important? Because they allow us to try out the implications of different ways of describing the world, while at the same time making our observations accountable.

How does it feature in your work?

I use concepts to provide descriptions of phenomena.  In my study of humanitarian NGOs, I describe humantarianism as a field and then ask what kind of field it is. I think we can do more theoretical work developing the language for how fields are different from each other.

I think in some sense description and explanation can fall together, if we are not understanding explanation as a competition where we decide which factor is most important, but rather as the task of situating a phenomenon in its conditions of possibility.

I have some papers that put concepts at the very centre of a paper. I like neglected concepts. My colleague Fran Osrecki wants to bring back “role” and “mentality”; I think the sociology of culture needs a formal concept of period specific patterns or “zeitgeist” for comparative analysis, for example.

What are the consequences of separating theory and empirical research?

I am in a difficult spot here, because I don’t think the separation of theory and research is a good thing. But on the other hand, the complaint about the separation sometimes comes with an agenda, which I am suspicious of. In the US, the argument that theory and research are closely connected is often used to reign in intellectual pursuits, and, yes theory; and comes from people who write what in the UK and Europe would be considered simply as good empirical papers.

In the UK, I think asking for a closer connection has more potential to move things forward. I think concepts understand as tools for describing and developing distinctions among empirical phenomena are inherently a way of connecting both.

Do we need more spaces for theory as “innovative work with concepts”?

It’s interesting because in my experience these spaces emerge spontaneously whenever you get sociologists who have had both some theoretical training and some sort of engagement with particular empirical material in the room together in the spirit of working together, rather than just debate in the abstract.

So we might try to understand the different things that get into the way of those kinds of conversations and then think about how to work against the things that get in the way. On my list I have: theoretical school-formation, status hierarchies, job insecurity, fear of going too far beyond what is considered publishable on the one hand, and a flight into obscurantism on the other 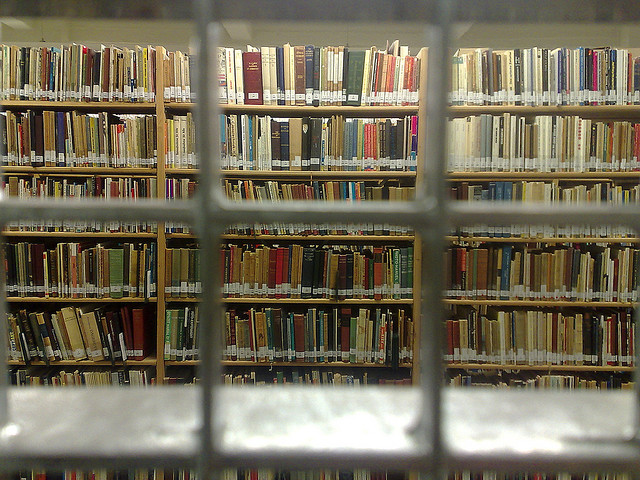 Call for book proposals: Theory as method in education research