Knowledge and the question of objectivity: On Karl Mannheim 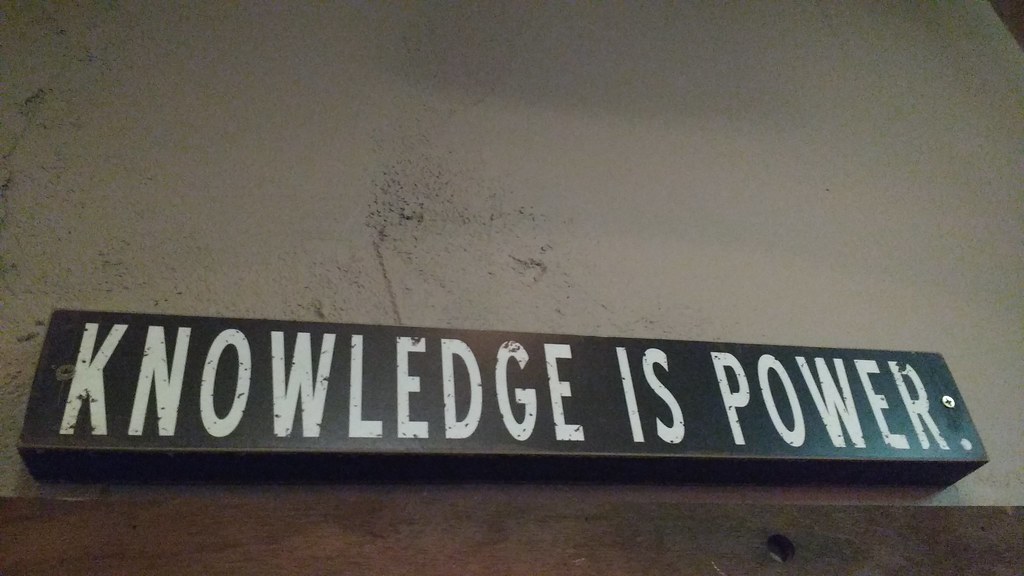 "Knowledge is Power" by sgreig1 is licensed under CC BY 2.0

Karl Mannheim, often considered the founder of the sub-field of the sociology of knowledge, wished to unmask all intellectual positions as forms of ideology, as bounded to particular social positions and locations, as ‘narrow’ and ‘one-sided’. Mannheim hoped this would act as a counter-balance to the prevailing tendency of the time, especially of politicians, to cast their opponents as ideologues while liberating themselves of such accusations. This political point-scoring provided the opening section to his most famous book, Ideology and utopia (Mannheim, 1936).

This book caused a major stir in Germany at the time, constituting what Meja (2015) calls the ‘sociology of knowledge’ dispute. This took place prior to the rise of Hitler, and consisted of the publication of over 30 major papers that were all a response to this text. Authors included such thinkers as Horkheimer, Marcuse and Hannah Arendt, a roll call of contemporary intellectuals which testifies to its enormous significance. Its significance lay in the fact that a systematic study of knowledge could potentially, at least in the mind of Mannheim and his supporters, stymie the rise of reactionary and irrational political responses to changing social conditions of the early 20th century. Mannheim believed that the sociology of knowledge could play a ‘key role in intellectual and political life by showing that social conditions help to give rise to political philosophies, ideologies, cultural achievements, and competing systems of thought, thereby introducing reason into politics’ (Meja, 2015).

One of the key foundations for Ideology and utopia was the work of Marx, who, most notably in The German ideology, classified sets of beliefs and attitudes as intimately tied to one’s class position – the ideology of the working class was a product of their position vis-à-vis the means of production. Mannheim was keen to extend Marxist conceptions of ideology and establish a more generalised conception of belief system, one in which social conditions such as class and family background determined one’s ideological outlook. There was in effect no privileged position from which one (social scientists for example) could divorce their ideas from the set of key influences on their lives.

is a specific kind of existential relation to the object and founds a specific communion, a specific unity between subject and object … knowledge does not begin with conceptualisation, which is only a late, mostly analytic phase with reference to a condition where one already has that which is ‘to be known’. This having is thus the extended concept of knowledge in relation to which conceptual determination is only something secondary and not at all the place of origin for the constitution of the object (Mannheim, 1982[1922]: 187).

Conceptual terminology such as capitalism and the proletariat are ‘directional’ as they represent and reflect the historical and political struggles of the time:

What concept of sociology was not complicated and constituted out of some political stress (tension?) Value freedom in sociology and social knowledge in the sense that one ought not to praise or blame phenomena to be described, or, in other words, that one ought to refrain from any evaluation. But at a much deeper level, valuation cannot be excluded; namely, at the level of perspectivity that has entered into the formation of concepts (Mannheim, ibid, 199-200).

At the same time, Mannheim ‘believed in truth, or at least something approximating it, the perspective that could be reached by ‘socially-unattached’ intellectuals’ (Kumar, 2006: 173). This approach to truth underpins his sociology of knowledge. Nevertheless, his take on truth was historically grounded and he was careful to avoid any grand absolutist claims on behalf of truth. In an early paper, Mannheim argued that ‘truth in a perspective sense means that within one historical constellation only one perspective conclusion can be correct.’ He saw different claims on the truth as based on schemas of understanding with varying degrees of ‘cognitive value’, with each schema offering only a partial truth, while still ‘correct within its own field’ (Mannheim, 1924: 292-93). This conception later became central to Ideology and utopia, in which he stated that it can be determined the extent to which ‘all ideas current are really valid in a given situation’ (1936:94). A theory could be considered incorrect when it neglected new realities that challenged its own veracity, instead relying on the absolute certainty of ideological perspectives that were ‘no longer vital’ (Mannheim, 1936:95-96).     Mannheim posited that the possibility existed to ‘attribute objectively to a specific period the consciousness appropriate to that period, as well as historically determined “false consciousness” and a distorted mental structure’ (Goldman, 1994: 271).

His work went on to have a major impact on American sociology, especially the work of Robert Merton. His influence was less pronounced in the European field of social theory, especially in the second half of the twentieth century, when he was seen to deliver a watered-down Marxism. His argument that intellectuals, rather than the proletariat, are the vanguard of scientific knowledge, did not sit comfortably with theorists whose intellectual work was tied up with critiques of capitalist modernisation and its alternatives. It is also the case that the study of ideology fell out of favour with the retreating influence of Marxism and the rise of post-modern thought, Discourse, as well as the social constructionism of Berger and Luckmann came to dominate theoretical ground once covered by ‘ideology’.

There was a key reason why studies of ideology, and the work of Mannheim in particular, became sidelined. As Kumar (2006) points out, so much of the discussion of discourse and social construction since the 1960s was underpinned by a suspicion of theories that sought to uncover the ‘truth’ – a rejection of grand narratives, objectivity and reason became the order of the day. This in turn led to a deep suspicion of styles of ideology, which so often concerned themselves with separating the ‘real’ from appearance and for highlighting the effects of ideology which cloaked objective forms of social struggles in subjective distortions.

Goldman, H. (1994) From Social Theory to Sociology of Knowledge and Back: Karl Mannheim and the Sociology of Intellectual Knowledge Production. Sociological Theory, 12(3): 266-278.