The Chilean sociologist and popular educator, Marta Harnecker, died on June 15, 2019, at the age of 82.

When educators think of adult or popular education in Latin America, they generally think of Paulo Freire and his text, Pedagogy of the Oppressed.  If, however, we want to think of one text that has had the most singular impact on popular educators in progressive and revolutionary social movements in the region, we most definitely need to consider Marta Harnecker’s (2015b) Los Conceptos Elementales del Materialismo Histórico [The basic concepts of historical materialism]. In its 66th printing in Spanish and multiple editions in numerous other languages, it has sold equally to Freire’s Pedagogy of the Oppressed.  More so if we consider that her eight-volume set of Popular Education booklets, based on the same themes of her Basic Concepts text, sold over 250,000 copies in their original editions published in Chile during the Popular Unity government (1970-1973).  These “libritos de Marta Harnecker”, along with her Basic Concepts book, would go on to be published in numerous other formal and informal editions in multiple languages around the world.  The continental-wide influence of Marta Harnecker may come as a surprise to most readers; nevertheless, her Basic Concepts text, first published in 1969 at the same time Paulo Freire was finishing the preface to Pedagogy of the Oppressed while in exile in Chile, is the most common entry way into Marxist theory for the region’s popular educators and revolutionaries.

Harnecker published over 80 texts.  Only a very few of these texts have been published in English translation.  The lack of translation may have to do in part with the fact that her texts on radical and revolutionary movements, theory, and practice, are designed for the educational work of these very same movements.  In other words, among other things, Harnecker produced texts about and for popular and revolutionary education.  Even though Harnecker’s Basic Concepts text has been used throughout the years in Latin American universities, her principle audience was always those directly involved in social movements.

Beyond the content of her texts, the pedagogical nature of Harnecker’s writing can also be seen in her heavy use of subheadings, paragraph numbering, discussion questions, and detailed table of contents in her texts.  She had, at times, to insist with publishers that all paragraphs in her texts be numbered; this technique is designed to facilitate the reading of and referencing to her texts in study circles.  The frequent subheadings help focus the reader on the main points of the text.  Beyond pedagogical texts, Harnecker, through the organization Latin American Popular Memory (MEPLA) that she founded in Cuba in the 1990s, produced numerous popular education videos and pamphlets on popular education and participatory community development projects in Cuba and Venezuela.

More recently, Harnecker had more consistent publication of her works in English translation.  Fidel Castro’s Political Strategy (1987), Understanding the Venezuela Revolution (2005), Rebuilding the Left (2007), and A World to Build (2015a) were all published in English translation.  These four texts join what will now sadly be the posthumous publication of Planning from Below (2019), which she co-authored with José Bartolomé.

These texts provide English-language readers with a rare opportunity to engage one of the most important writers and popular educators of the Latin American Left.  In this year of her passing and the 50th anniversary of the publication of Harnecker’s most important text, English-speaking educators can honor Marta Harnecker’s life-long dedication to a social just world by engaging with her work. 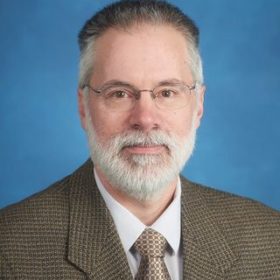 John D. Holst is an Associate Professor of Lifelong Learning and Adult Education in the Department of Learning and Performance Systems at The Pennsylvania State University in State College, Pennsylvania, USA. He teaches courses in social theory, learning theory, and the foundations of adult education. His research focuses on the theory and educational practices of social movements. He is co-editor of the 2017 book Antonio Gramsci: A Pedagogy to Change the World (Springer).